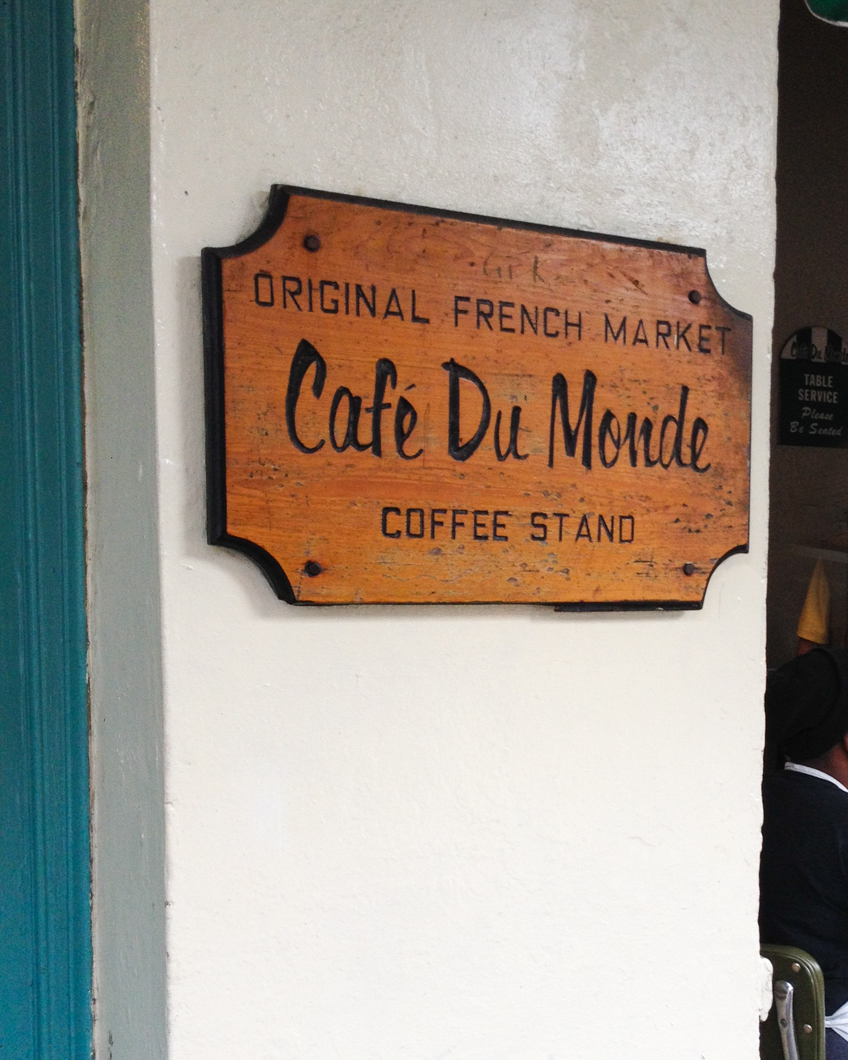 So when my hubby, Jeff, told me that he was heading out to New Orleans for a work conference last month, he asked me if I wanted to come along.  I wasn’t sure if I was in.  When it came to New Orleans, there were a few images that came to mind…mysterious voodoo, shimmering Mardi Gras beads (and the flashers wearing them), spooky cemeteries, and of course, some very catastrophic hurricanes.  I knew I would be roaming around alone while Jeff was in sessions, so I didn’t know if I was up to it.  Sure enough, it was the thought of hot beignets from Cafe Du Monde that settled it… I was on my way to the Big Easy! 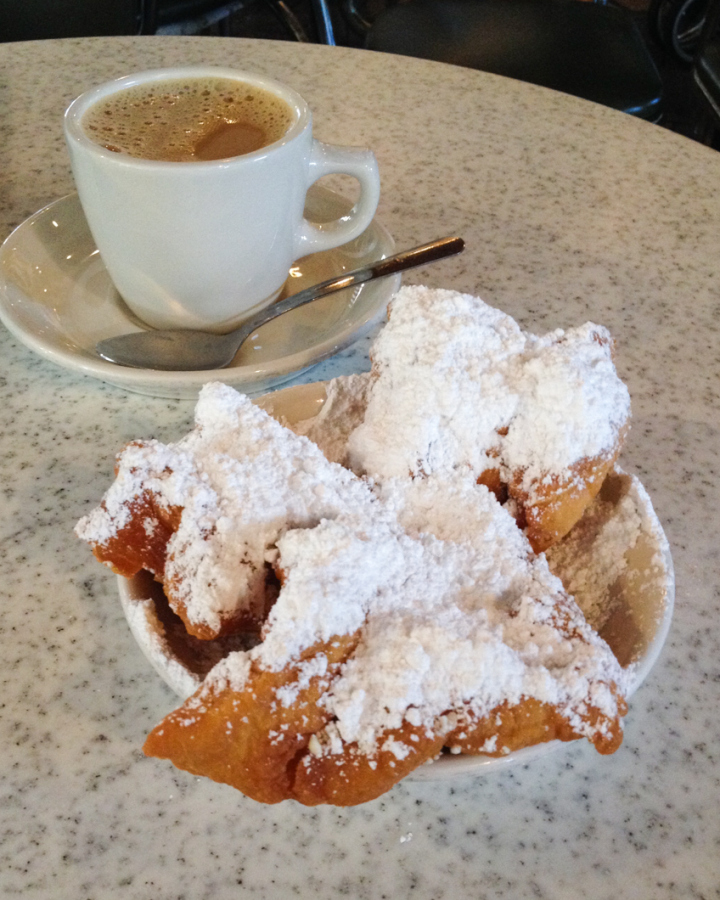 Upon arriving, what I immediately learned about New Orleans is that it’s a coffee-centric town.  I guess I should have figured that out when I was thinking about those beignets from Cafe Du Monde.

The tea-obsessed food junkie that I am, I started looking elsewhere for my kicks (after a cup of café au lait).  Window shopping while strolling over to the French Market landed me at The Kitchen Witch in the heart of the French Quarter…what unexpected and eclectic find! 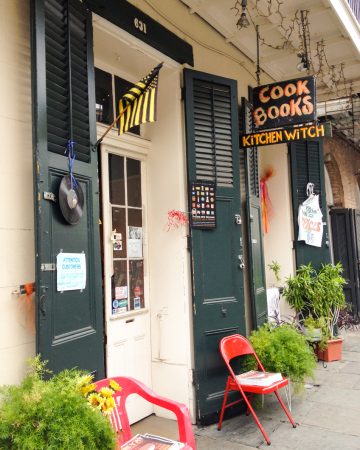 The Kitchen Witch is a curious little bookstore that specializes in vintage cookbooks only…no regular books or novels here, only cookbooks!  Having over 200 cookbooks myself, I was in heaven when stepped though the doors.  Well, if you call heaven a dark little shop with chili lights hanging on the walls, old copper pots strewn about, and thousands of rare and out-of-print books, then yes…heaven! 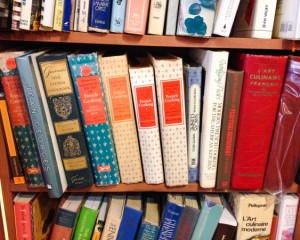 I’ve been waiting to score a copy Julia Child’s Mastering the Art of French Cooking for the longest time, but for some reason I hadn’t yet.  It became yet another title added to my wish list on Amazon.  So, upon stepping into Kitchen Witches, I knew it was fate when a 1961 copy of Julia Child’s cookbook was beckoning me to grab it just off of the shop’s front door. Within minutes it had decidedly become my newet and oldest cookbook.

Another book I came across in Kitchen Witches was The Afternoon Tea Book by Michael Smith.  The book is a collection of classic English Afternoon Tea recipes with a bit of tea culture and tea classification thrown in.  An informative and intruguing read if colored pictures aren’t a must for you.
After treasure hunting at The Kitchen Witch, I made my way over to the New Orleans School of Cooking to learn how to make…you guessed it…pecan pralines!  One of those recipes that I don’t think I’ll ever make at home but still wanted to learn about. 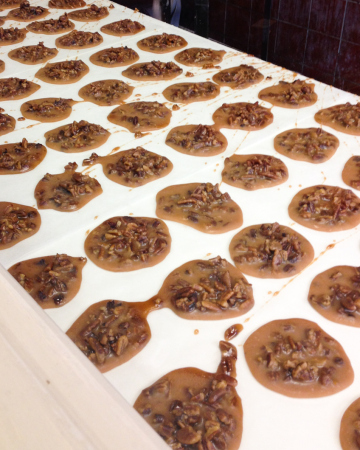 Finally, some tea at the New Orleans School of Cooking!  Large pitchers of amber-clear tea could be found at all the tasting tables.  I bet you’re guessing the tea was sweetened? Surprisingly, it wasn’t! 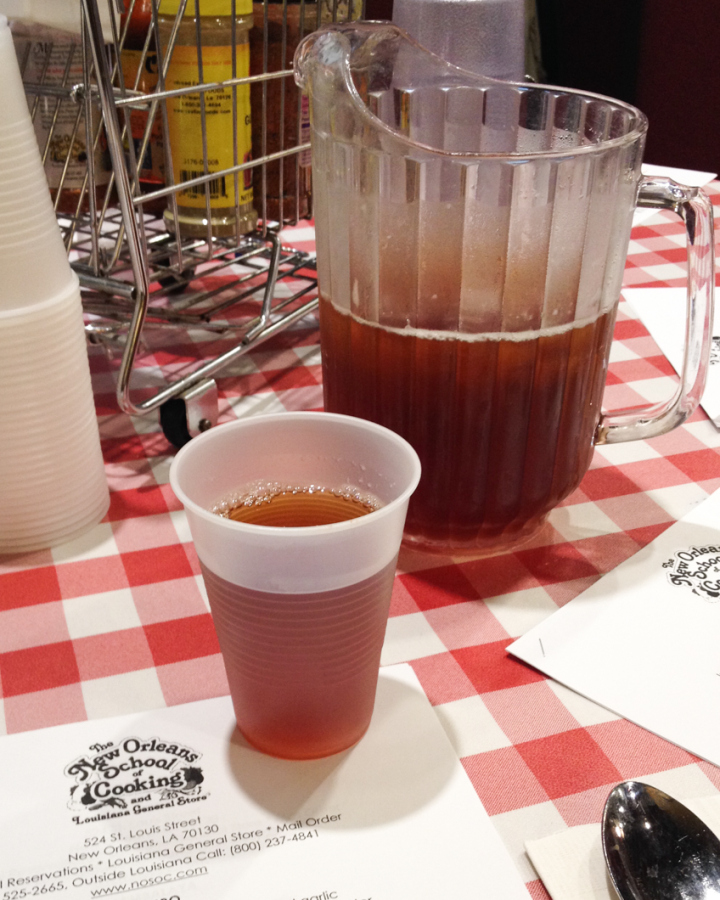 According to the chef instructor, sweetened tea is a Southern specialty, but since New Orleans has more of a Creole vibe, the tea in New Orleans is more commonly served without sugar.  I think this makes a lot of sense…there isn’t a better drink to wash down a sugary-sweet praline with than a crisp, refreshing glass of unsweetened iced tea.  The contrast is what makes the pairing perfect. 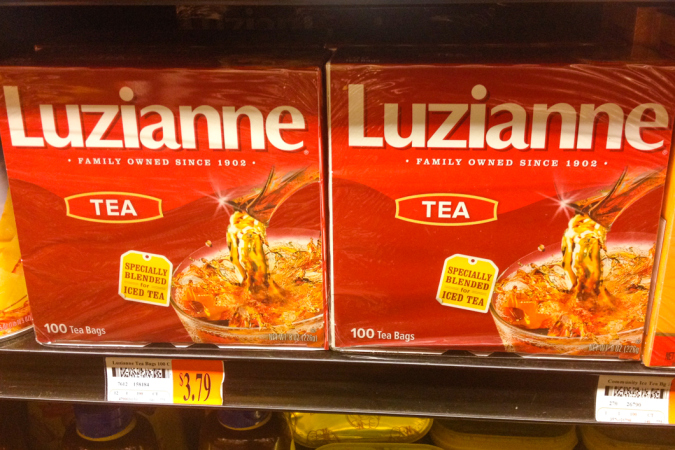 If you do like a good sweet tea though, Luzianne Tea is supposed to be quintessential iced tea blend in the South.  This is actually one of the only tea companies located in Louisiana.  I stumbled upon some at where else but a convenience store in town, so I had to buy a box to take back home, just to taste it for myself.  For a relatively inexpensive blend, the taste of this steeped tea is quite lovely and well-rounded.  The color of the brewed tea is a brilliant, clear red, begging for some lemon slices and ice cubes to make it complete. 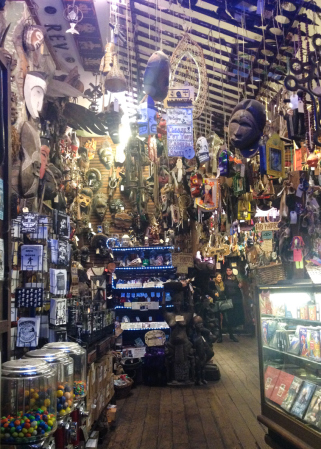 If you’ve never been to New Orleans and are a person who appreciates good food and warm people I can tell you that you it’s a place that you absolutely must visit.  There’s no room for scaredy cats or the super conventional here though.  Go to New Orleans with an open mind and appreciation of the different and the city will leave you thoroughly intrigued.  Looking for tea, I found a city rich in history, unexpected treasures, and delicious bites (don’t forget those beignets!)…all I hoping for and so much more!

And a quick update on my copy of Mastering the Art of French Cooking.  The book has been on lock down for most of the time since I’ve returned from New Orleans.  It’s officially become my most treasured cookbook, placed in a clear plastic zip bag where I only take it out long enough for me to study a recipe, then back into the ziplock bag it goes.

One recipe I did open it up for was Beef Bourginon.  I ended up making some Beef Bourginon Pastries that are perfect with a hot cup of Luzianne Tea on a chilly winter day like today…if you are a Julia Child fan you’ll love them!