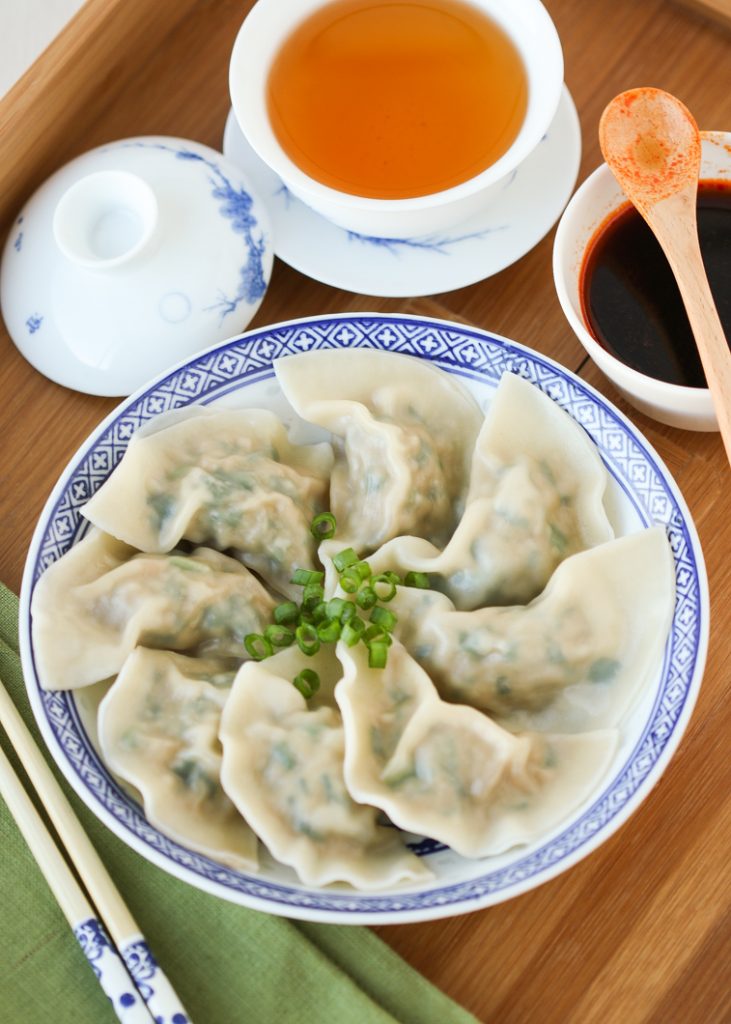 Lets face it–if there’s anything better than Chinese tea, it’s Chinese tea with dumplings! These Pork & Chive Dumplings are boiled rather than fried making them not only healthy but also easy to make. If you’re new to dumpling making, this recipe is a great place to start. 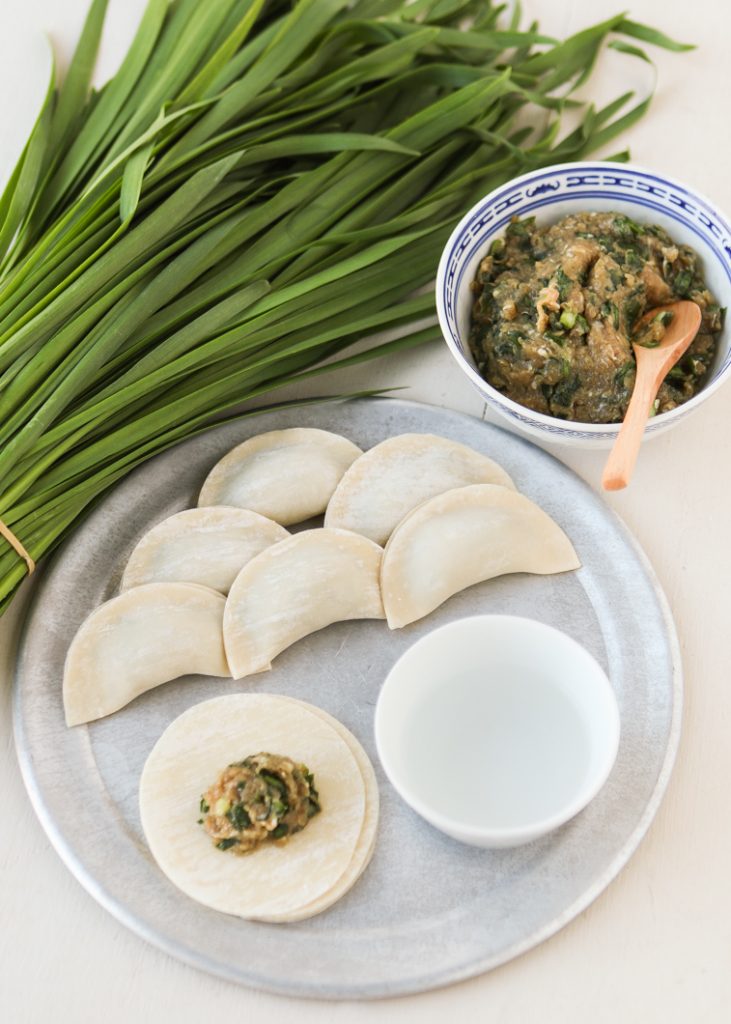 Chinese chives are the star ingredient here. Also known as garlic chives, these are like green onions except they’re flatter, less bitter, and taste more like garlic than onion. In a pinch, just use the green portion from scallions in place of these Chinese chives. 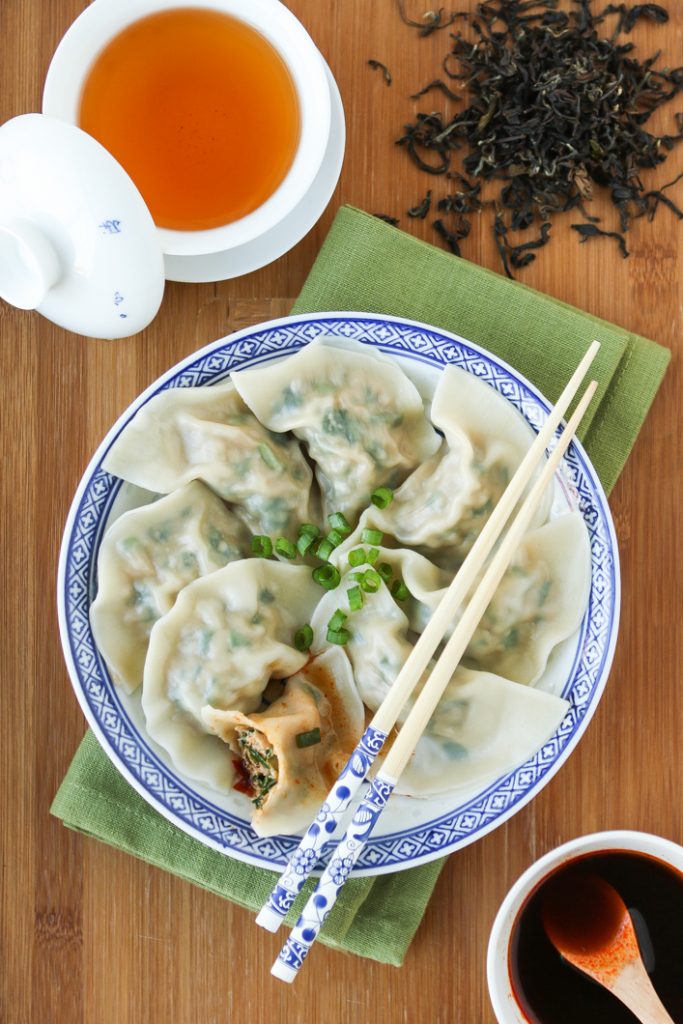 Since we’re boiling these dumplings, a dumpling skin that’s slightly on the thick side is ideal. If you go to an Asian market, just pick up the wrapper package and look at the thickness of the skins compared to the other types. Since I can’t read Chinese, this is usually the way I end up choosing my skins, and it always works! 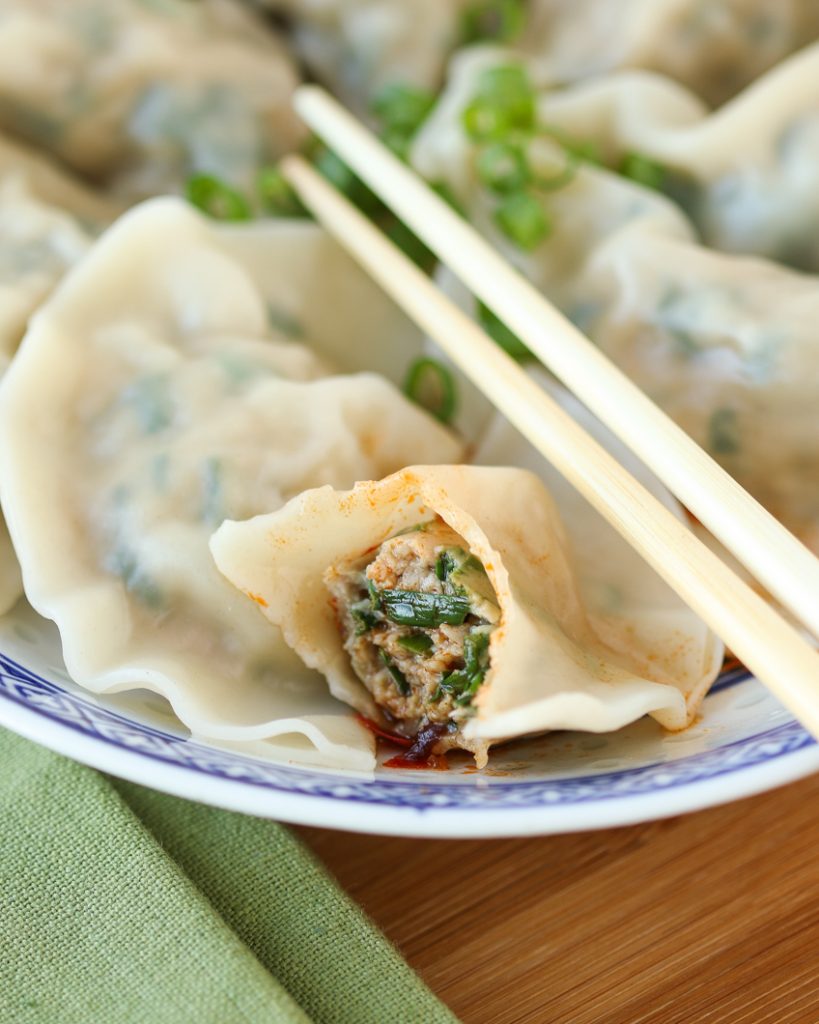 The best part about making these dumplings? No fancy folds! Only one fold is needed here. Fill, fold, and boil…that’s it! Despite their simplicity, these have an understated gourmet factor about them. 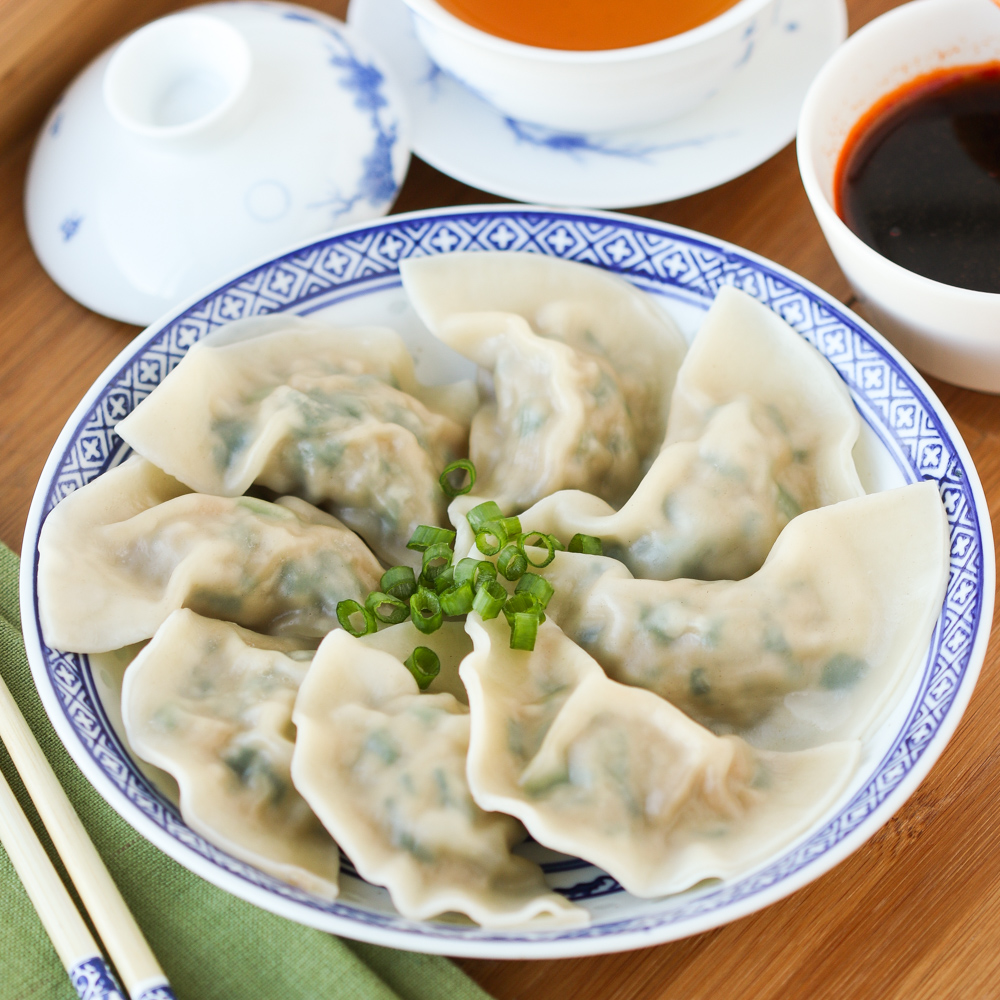 There are so many wonderful Chinese teas that pair with Boiled Pork & Chive Dumplings. Monkey Picked Oolong or Jasmine Green Tea? Both great! Sheng Pu-erh or a Wuyi Oolong? Those are my picks! All of these teas will help to bring out the fresh flavor of those hearty Chinese chives.

1. In a large mixing bowl, mix all of the filling ingredients together thoroughly.

2. Fill the dumpling wrappers by placing 1 Tbsp of filling in the middle of a wrapper. Use your finger to coat the outer edge of the wrapper with a thin layer of water, then make a half moon dumpling by folding 2 opposite sides together.

3. Bring a large stock pot of water to a boil. Boil the dumplings for about 5 minutes, or until they float to the water’s surface.

4. To make the dipping sauce, mix together equal portions of soy and vinegar. Mix some chili sauce in to taste. Serve aside the hot dumplings and enjoy! 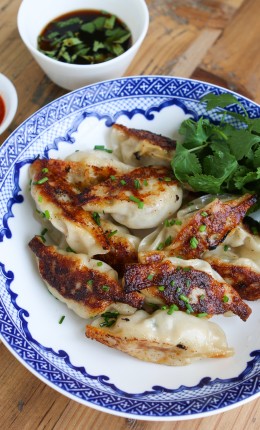 With all the Chinese New Year festivities going on this weekend, anyone celebrating is sure to find themselves short on time. Potstickers are probably one of the simplest dim sum specialties you can make at home. From start to finish you should be able to get a golden heap of beautiful pan-fried dumplings out... MORE >> 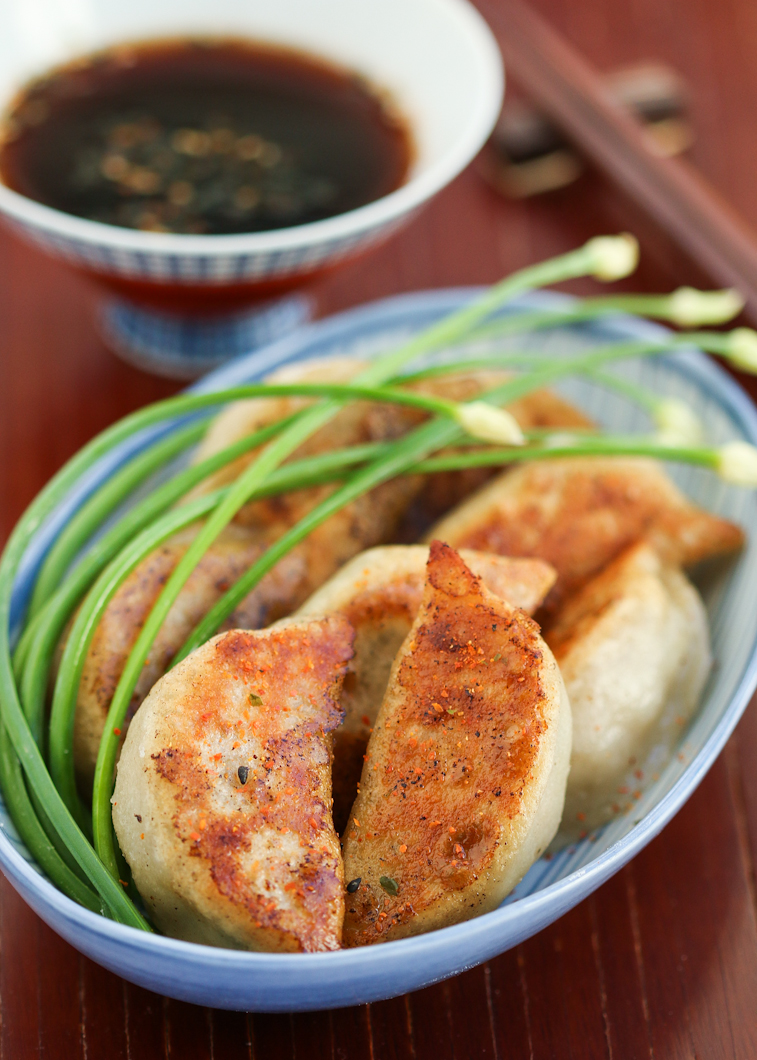 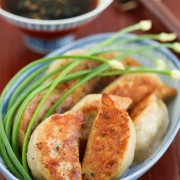 Everytime my hubby and I go out for Japanese... MORE >>

There are few Cantonese desserts as classic as Almond... MORE >>