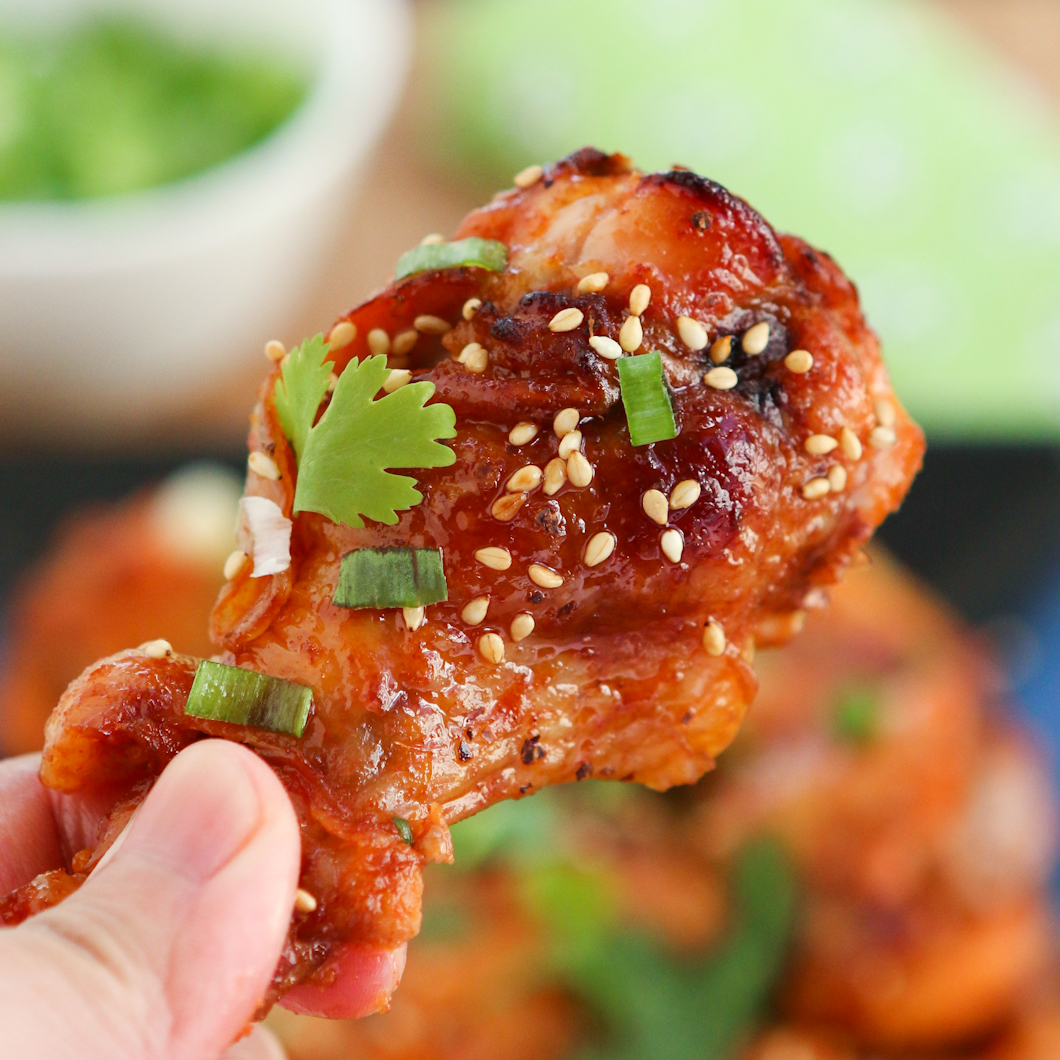 What!?  Where are the tea sandwiches!?  Yup, you read it right.  You may not think of chicken wings as your typical tea time fare, but I can assure you that tea goes with carnivorous bites just as perfectly as it goes with pretty little cucumber sandwiches.  There’s nothing like a cool, chilled glass of Jaksulcha (Korean green tea) or Boricha (Barley Tea) to take the edge off of those bold flavors that come with Korean cuisine.

These Korean Sticky Wings are the perfect combination of salty, sticky, spicy, and sweet.  Don’t be too intimidated by their red color though…they have just a bit of heat for flavor but aren’t actually hot (I’d give them a 3 out of 10 on the heat scale).  All you need are your fingers, a tall pile of napkins, and some good Korean tea, and you’re in for one of the best Asian tea snacks around. 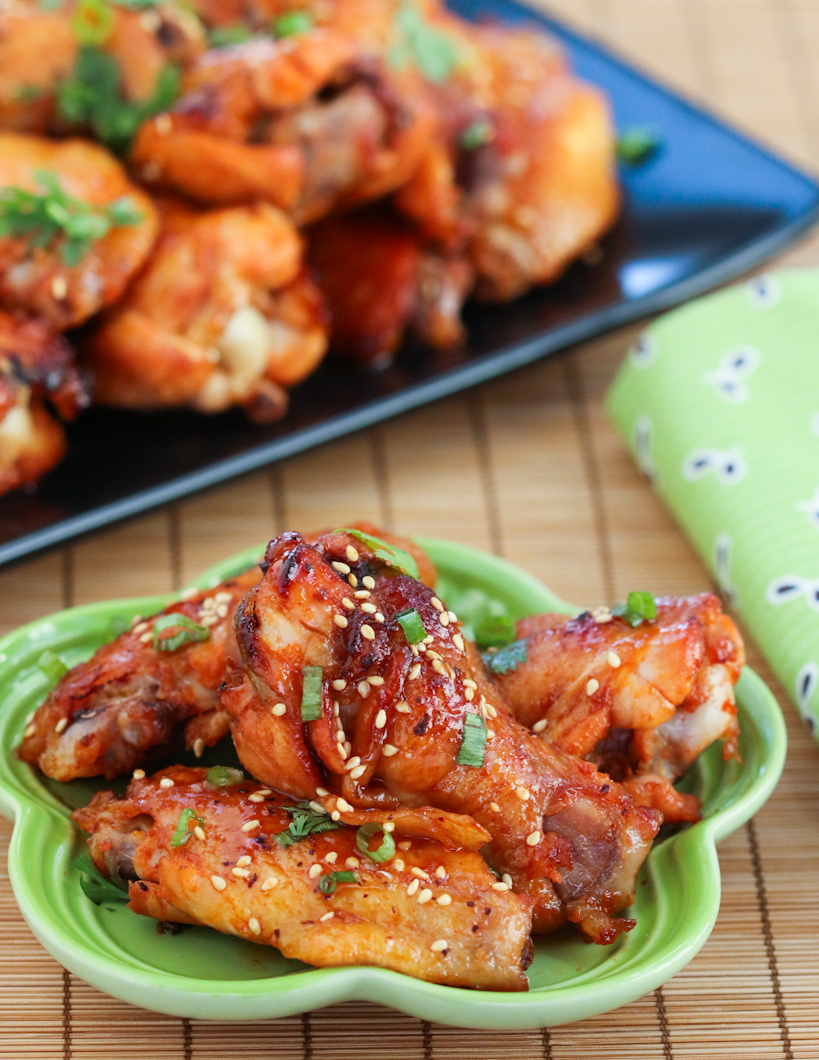 The best part about these wings?  They’re baked!  No need for the calories or mess that come with deep-frying here.  Just mix, marinade, and bake and you’re pretty much done!  The broiling step of this recipe concentrates the marinade that drips off of the wings during baking to create a shiny lacquer-like finish.  After the wings have broiled for the first 5 minutes, I like to start checking on them every few minutes thereafter to see how they are coming along, just to make sure they don’t get scorched. 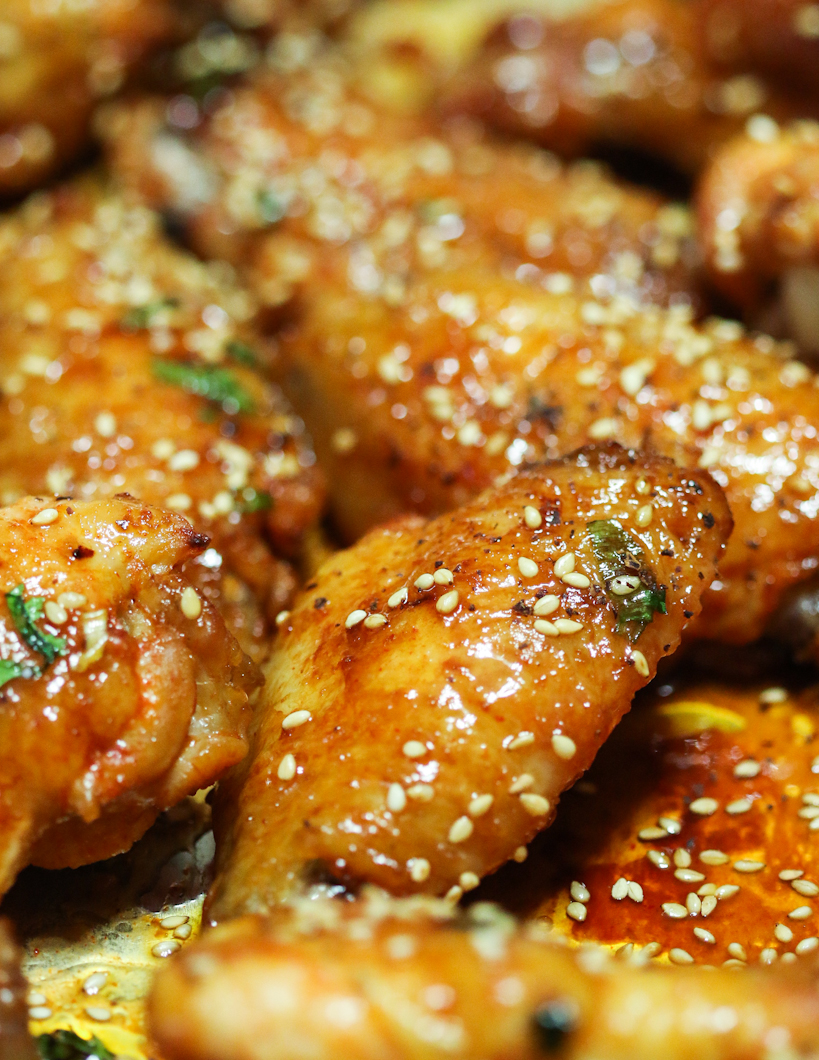 When you first start to see little bits caramelizing or burning at the edges of the wings, it’s time to take them out.  The broiling process creates an amazingly flavorful and meaty sauce that pools at the bottom the baking pan.  As the sauce cools it also thickens, and can then be brushed or spooned on the wings as a shiny glaze just before serving. 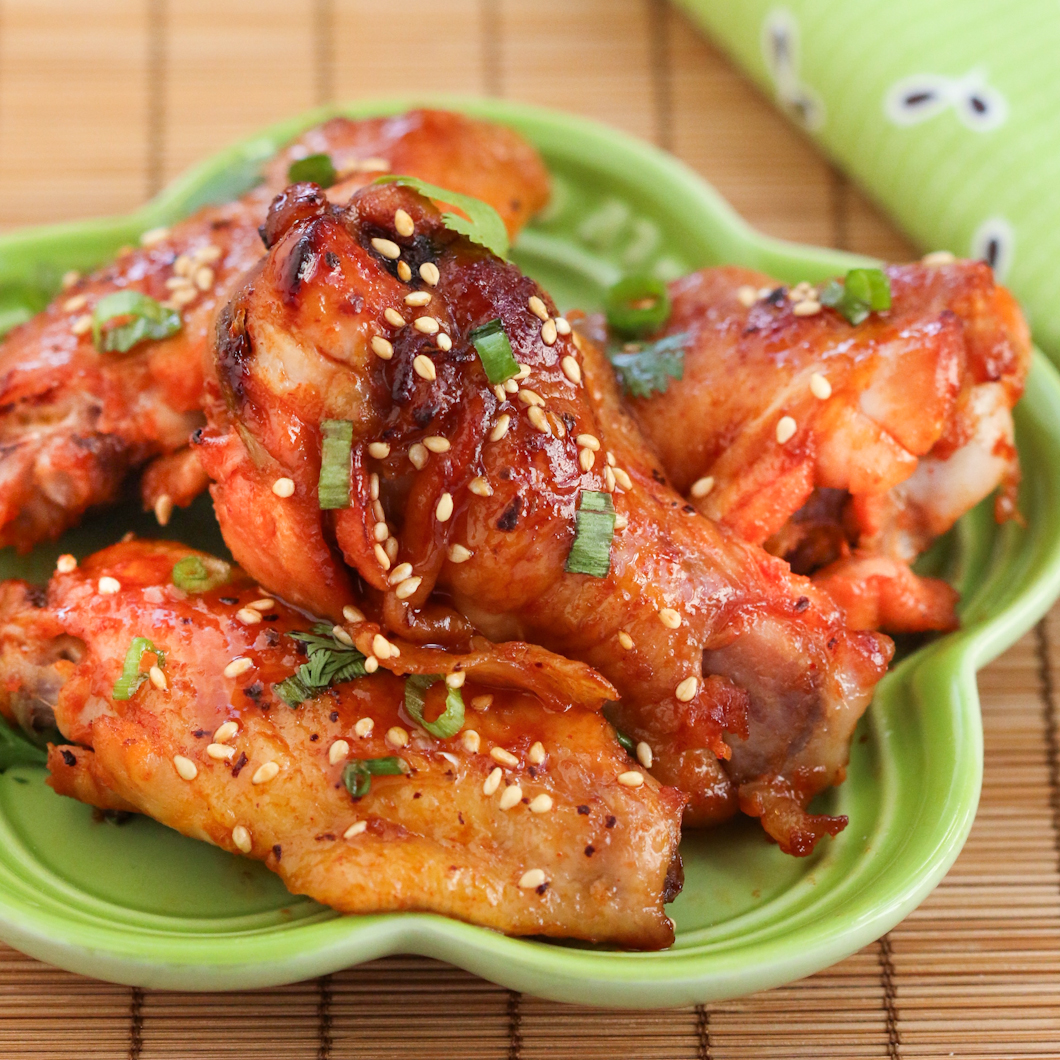 Finish the wings by throwing on some chopped green onions, cilantro, roasted sesame seeds, and Korean chili flakes, otherwise known as gochugaru.  If you can’t find gochugaru, then crushed red pepper flakes are a good substitute.  The sticky, lacquered surface on the wings acts like a magnet to any of the garnishes that you toss on them, so be generous!  You can’t go wrong pairing these wings with a glass of chilled Barley Tea or Korean Brown Rice Tea, which is a blend of Korean Jaksulcha and toasted rice.  With Korean Sticky Wings, your casual Asian tea time couldn’t get any easier or more delicious!

1.)  In a large bowl, mix all the marinade ingredients together well.  Add the chicken wings to the marinade, then cover and let sit in the fridge for at least 3 hours, but preferably overnight.

2.)  When you are ready to make the wings, preheat oven to 400 degrees F.  Place wings in a single layer on a large sheet pan lightly sprayed with non-stick spray.  Give each wing a quick shake to drain off any excess marinade, then place them on the pan so that they do not touch.

4.)  Remove wings from the oven, then let them sit for about 5 minutes to cool.  For a bit of extra gloss, brush or spoon some of the thickened cooking juices/sauce on each wing.  Scatter on green onion, cilantro, roasted sesame seeds, and gochugaru and serve. 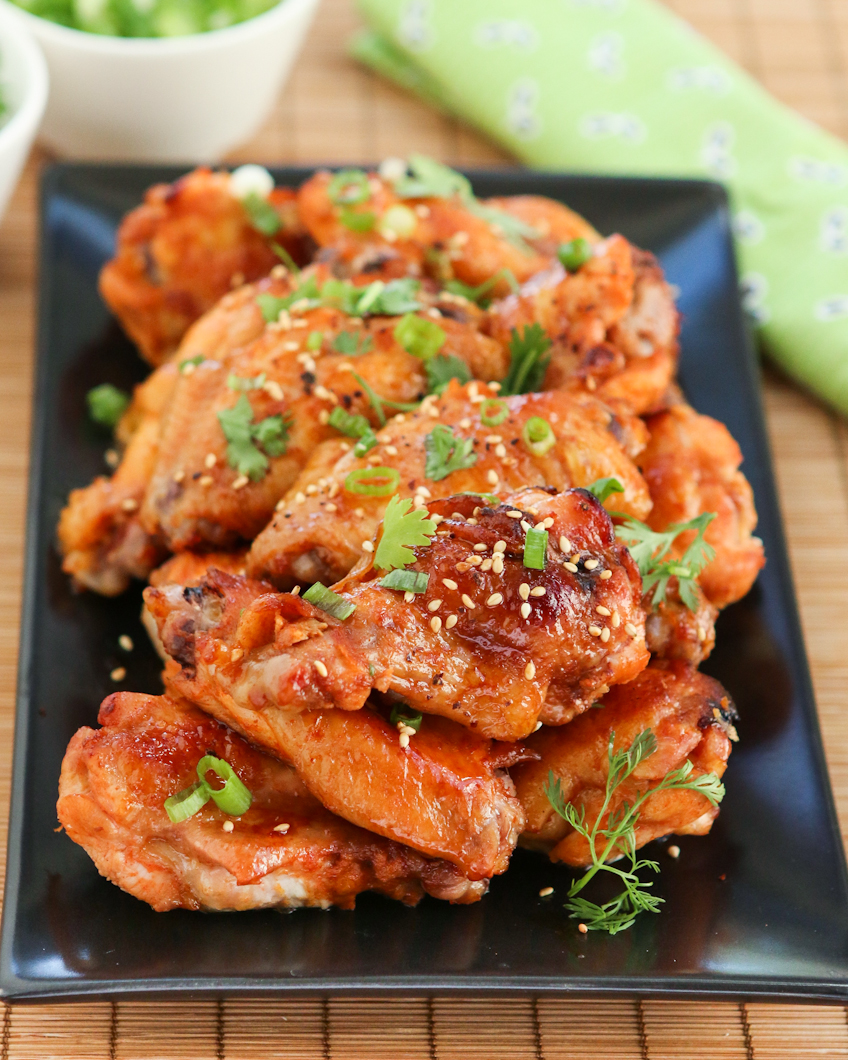 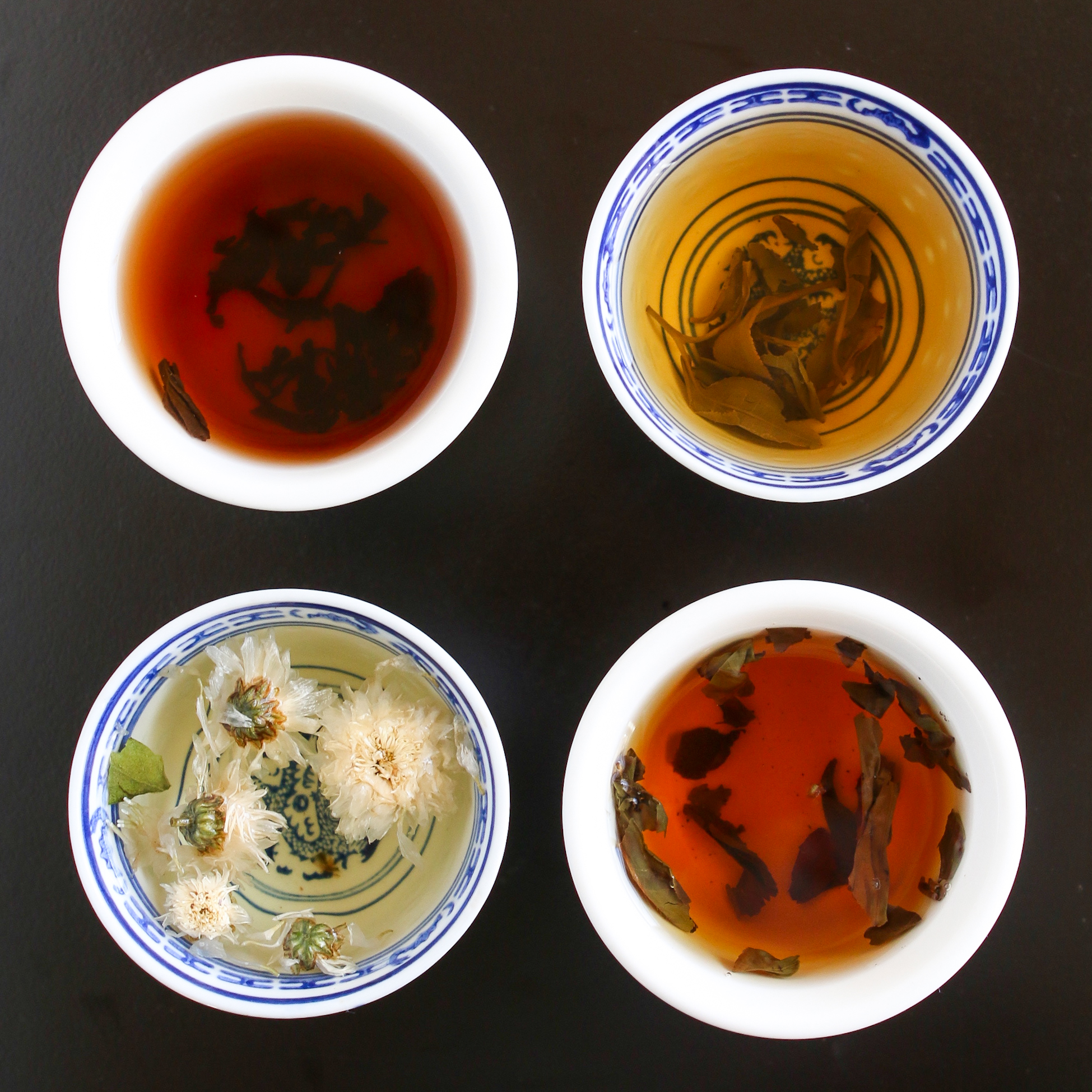 If you’ve ever been seated for a dim sum tea lunch you know that the first thing the waiter will ask you after placing you at your table is “What kind of tea do you want?”  In my family, we always respond with “bo-lay'” and in my husband’s family they always respond with “gook-fa.” ... MORE >> 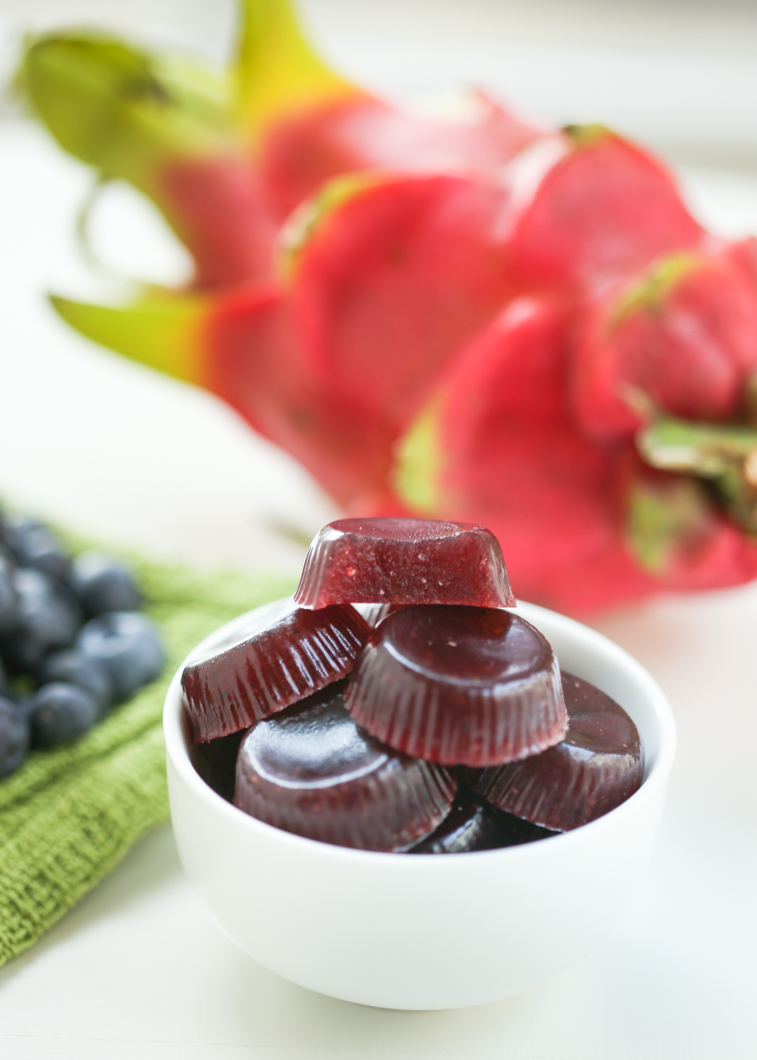 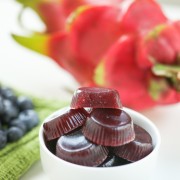 The first time I discovered tea flavored gummies I was... MORE >> 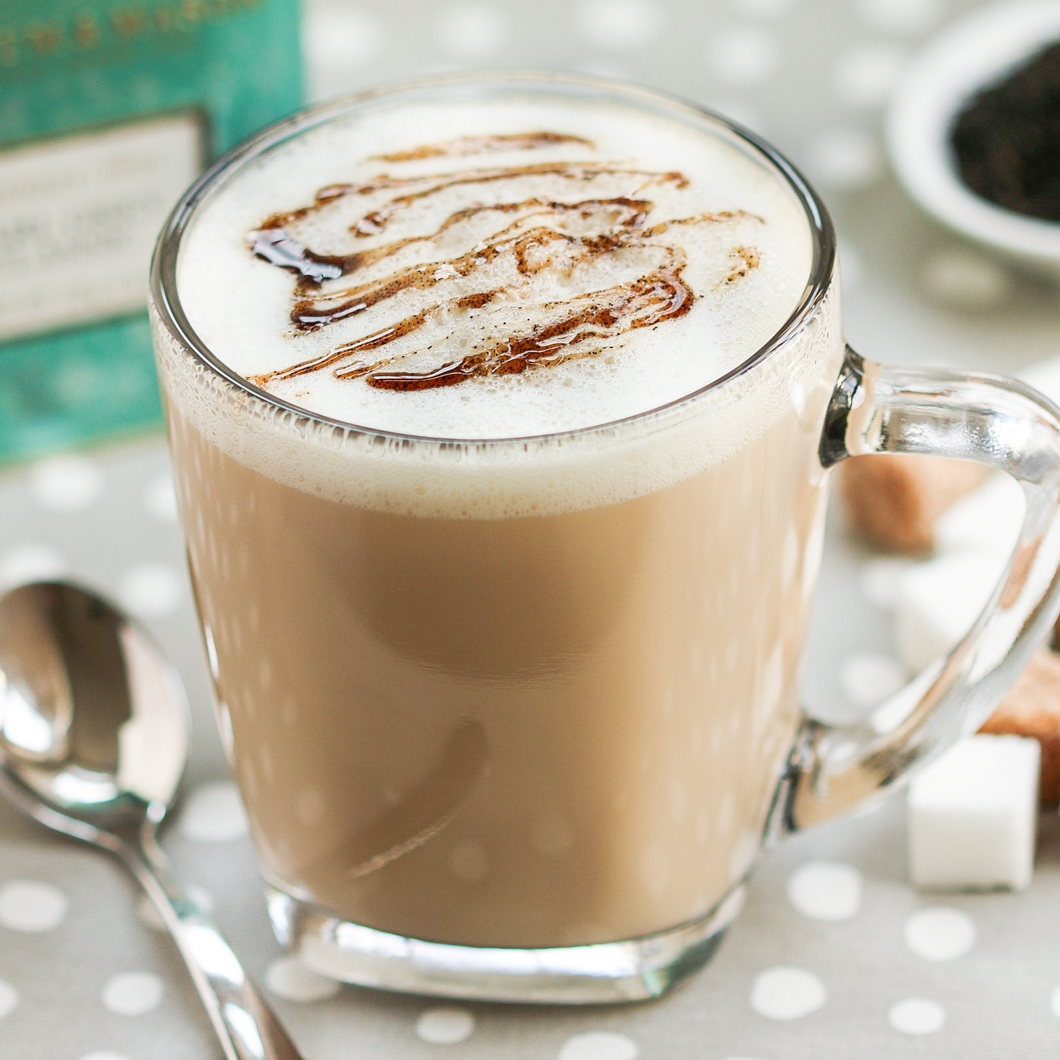 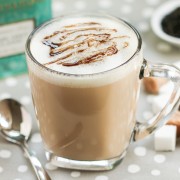 Did anyone catch the season premiere of Downton Abbey on... MORE >>