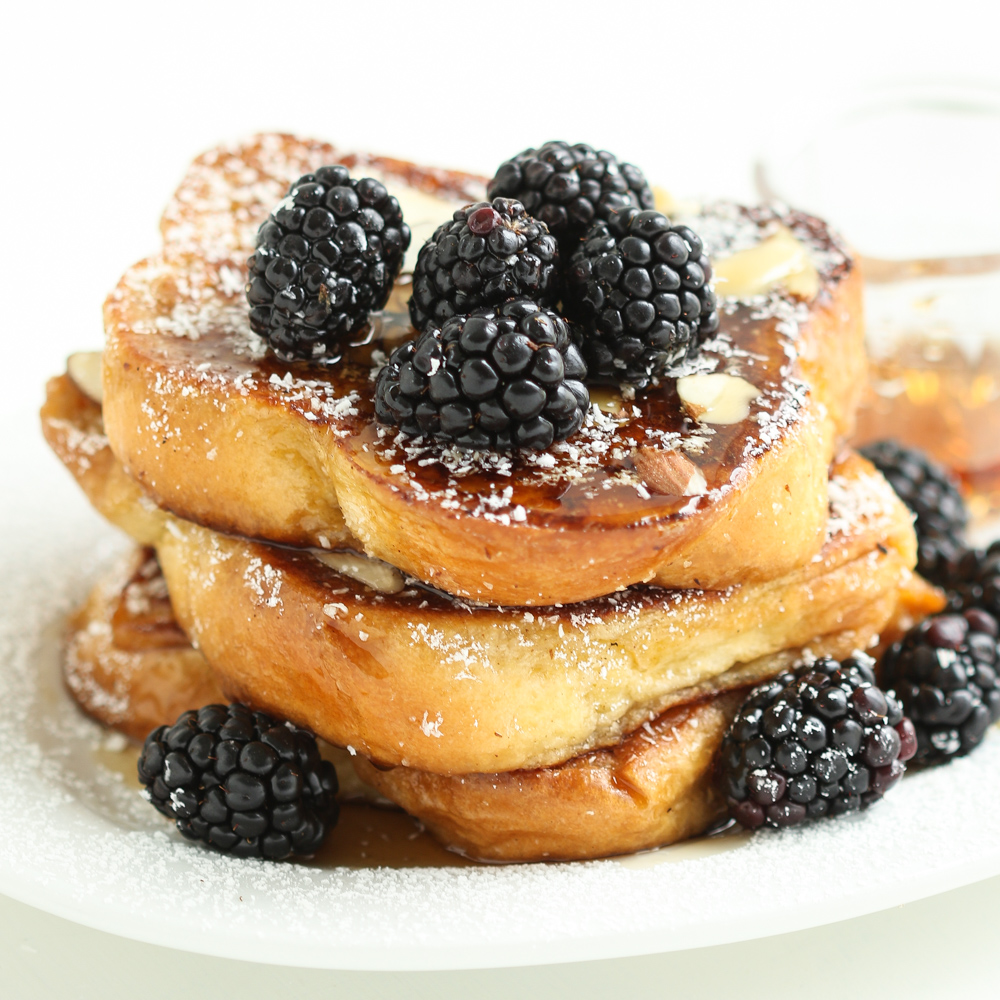 What happens when you join a tea-obsessed culinarian with a mailbox full of beautiful loose leaf teas? Glorious Snowflake French Toast! 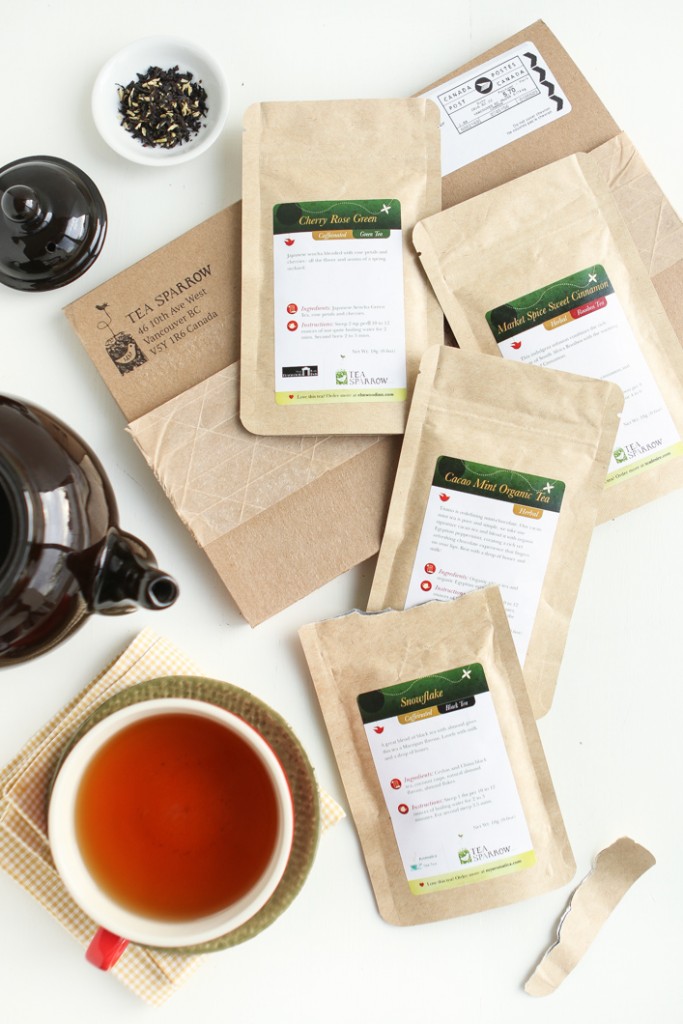 I’m thrilled to announce that I’m collaborating with the monthly tea subscription company, Tea Sparrow, to come up with a series of tasty, tea-inspired recipes in the days to come. The recipes I create for Tea Sparrow will feature very specific, one-of-a-kind teas like this Snowflake blend from Aromatica. 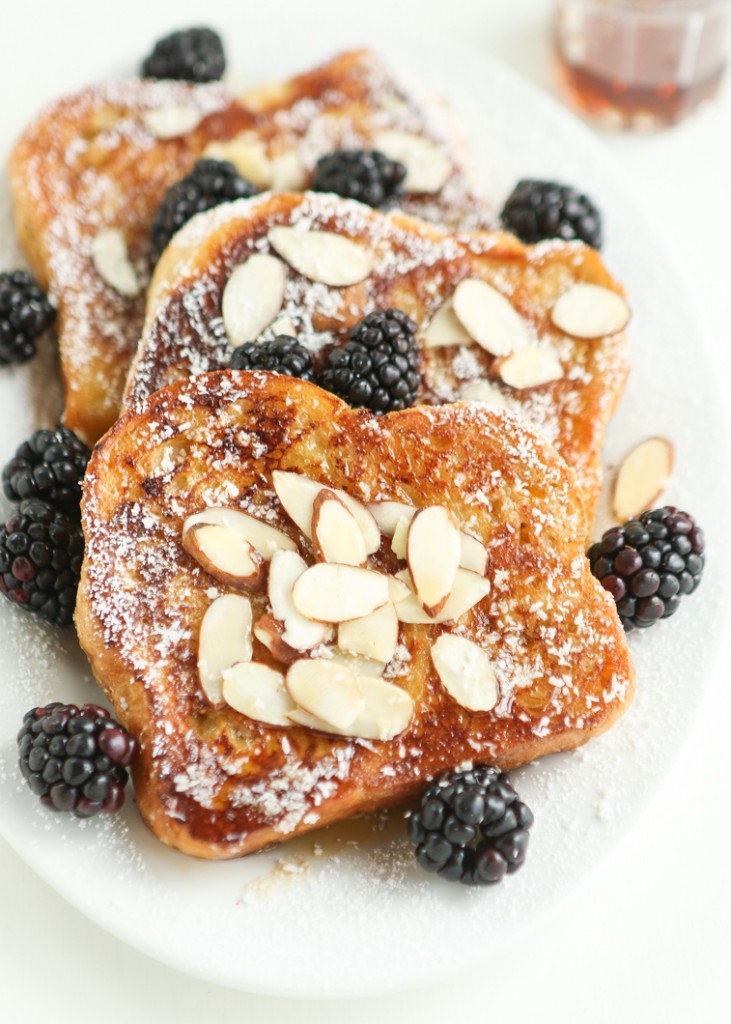 If you love discovering new loose leaf teas and find it hard to decide which ones to take a chance on, Tea Sparrow was made for you. Each month, the company sends out 4 delicious teas for you to sip and savor. 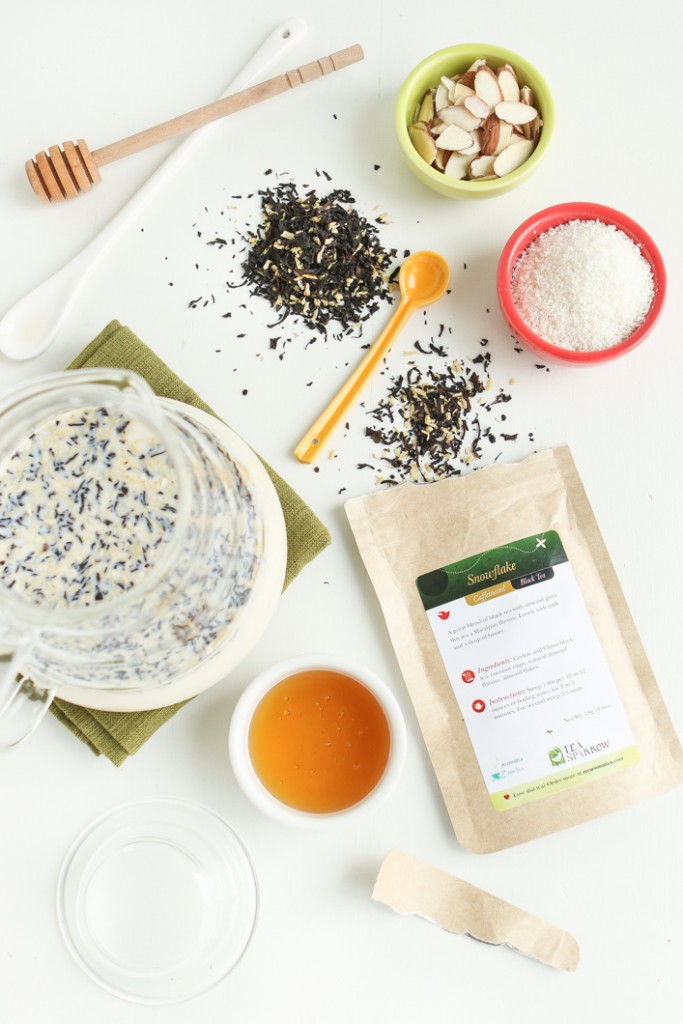 Snowflake, an award-winning flavored black tea, is a dreamy brew made from Ceylon and Chinese black tea, coconut rasps, and almond flakes. Add a splash of steamed milk, and voilà–you have a Tropical Fog, the more exotic version of a London Fog! 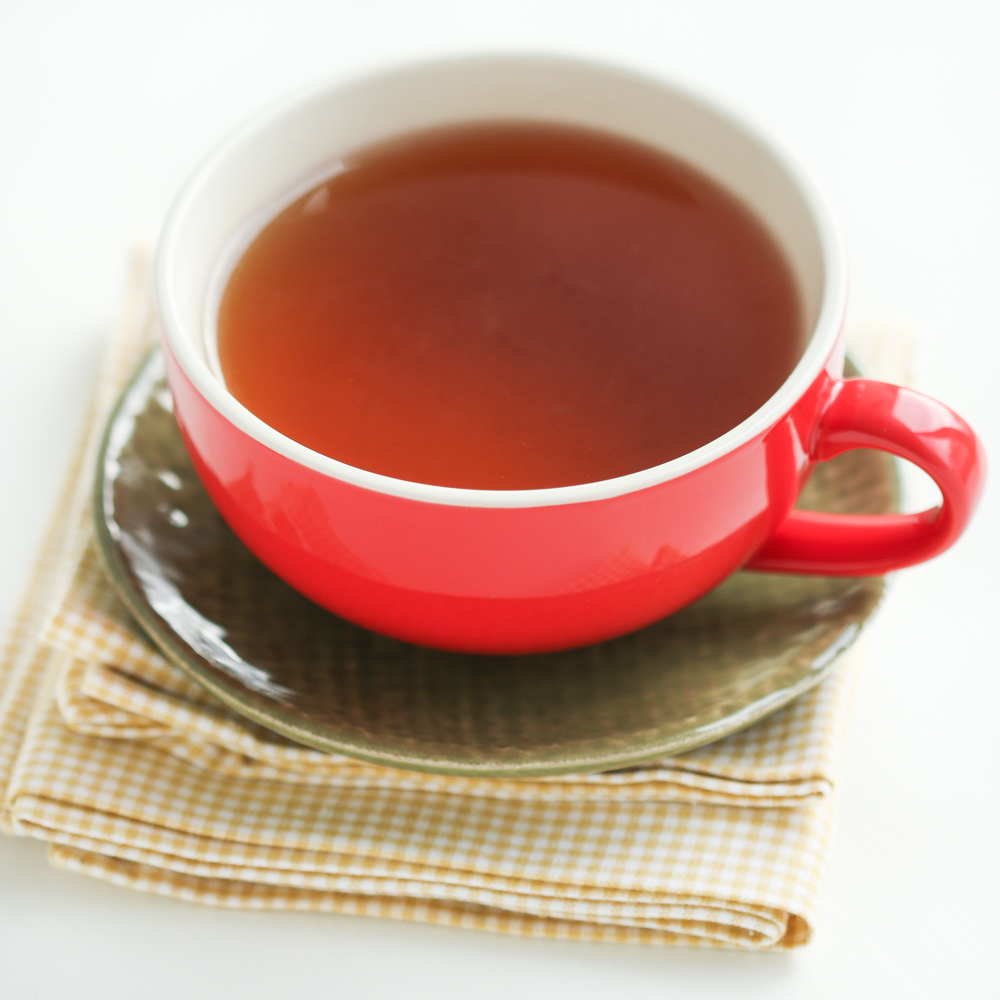 When I took my first sip of this luxurious tea, I immediately thought of Pain Perdu, otherwise known as fancy French Toast. Here, I overnight steep the tea in milk to set the stage for a sweet-scented egg custard base that’s reminiscent of marzipan. 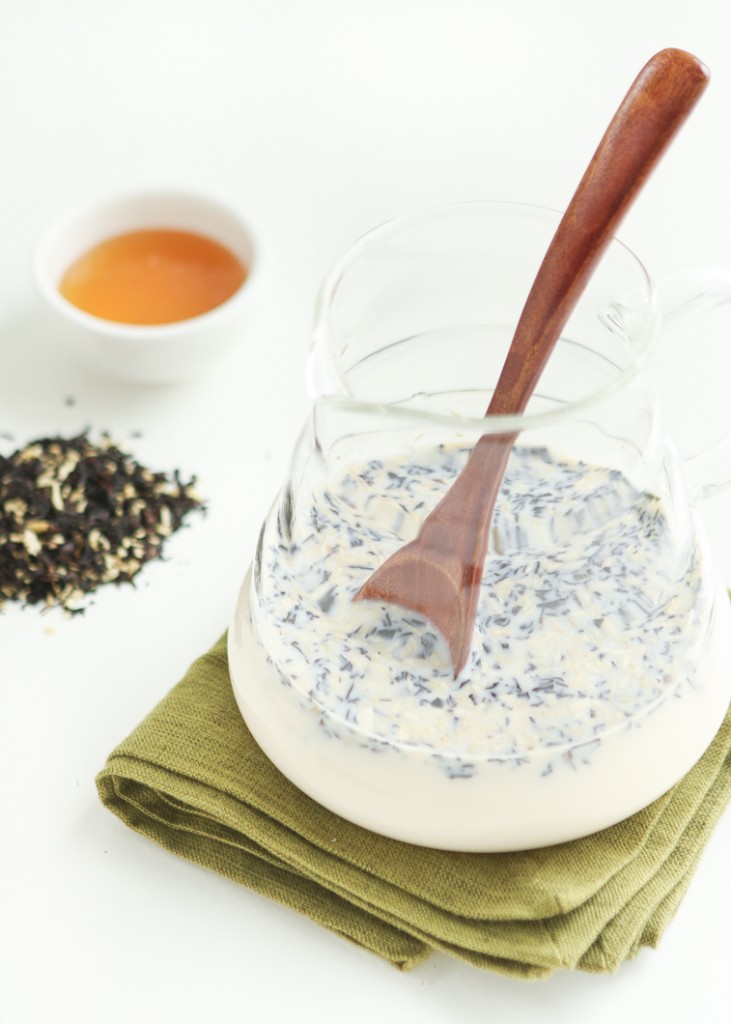 The infusion tastes creamier, smoother, and softer than if we were to add almond or coconut extract directly into the milk. For a light and airy consistency, I like to give the liquid custard a whip in the blender. 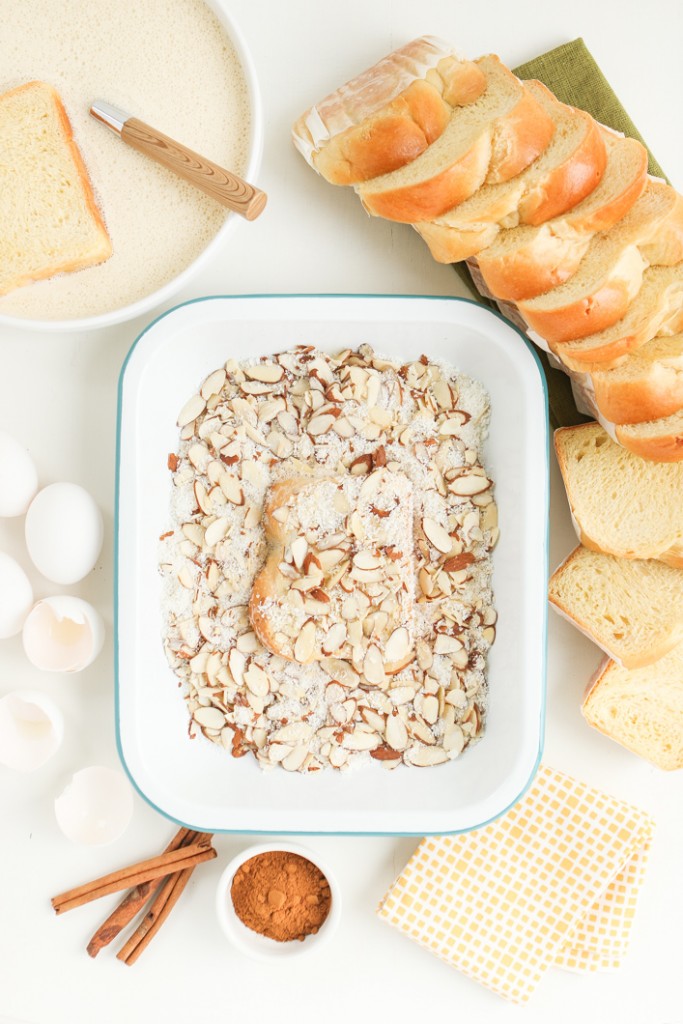 Snowflake Pain Perdu is a yummy way to cozy up during these last days of winter. Coat the outsides of the dipped brioche in sliced almonds and dried coconut for an extra layer of crunchy goodness or simply cook up the bread slices without the coating. Either way, you can’t go wrong! 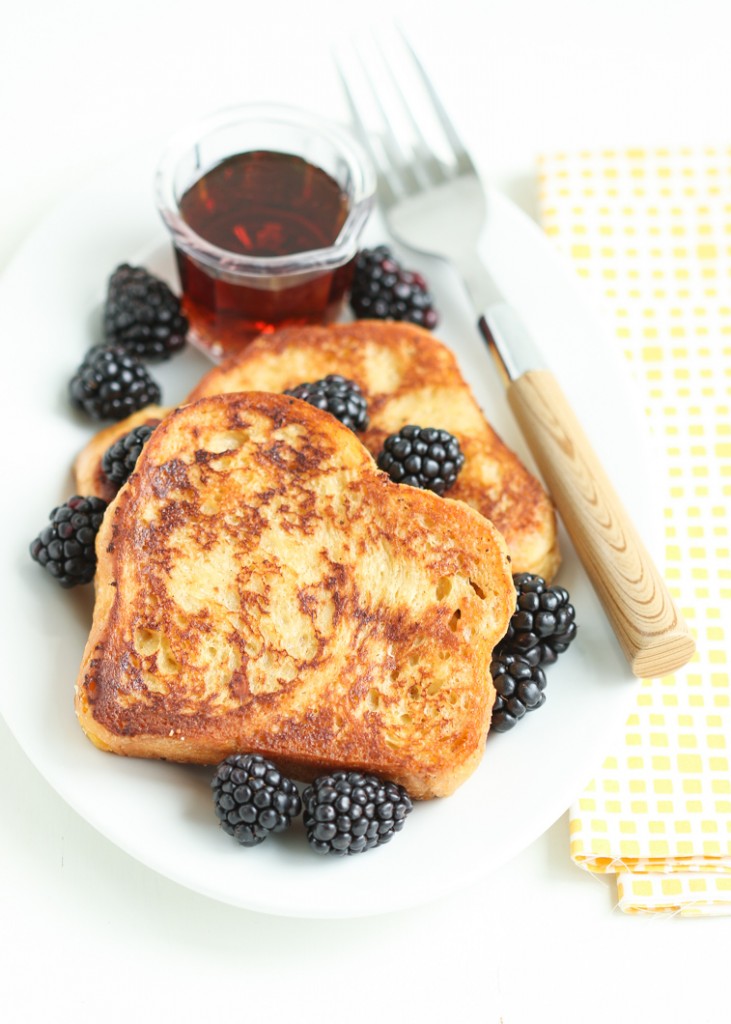 1. Combine the milks, tea, honey, vanilla, cinnamon, and salt in a large bowl or carafe the night before you want to make the Pain Perdu.

2. The next morning or 6-8 hours later, strain the tea leaves away from the milk, using a spoon to press all the milk out from the leaves. Place the tea flavored milk in a blender, then add the eggs and blend everything together for a minute. Pour this mixture into a shallow baking pan. Mix the almonds and coconut together in a bowl.

3. Take a slice of brioche, then soak it in the tea milk for 20-30 seconds on each side (how long depends on how dry the bread is). Pick up the soaked bread slice, let the excess liquid drip off, then place the bread in the almond-coconut mixture. Press the bread into the almond-coconut on both sides, so that each slice is evenly coated.

4. Heat the skillet over low-medium heat. Add some coconut butter to the skillet, then place a piece of the dredged brioche on it. Cook for a few minutes on each side, until golden brown. Enjoy the Pain Perdu with maple syrup, fruit, and/or a dusting of powdered sugar. 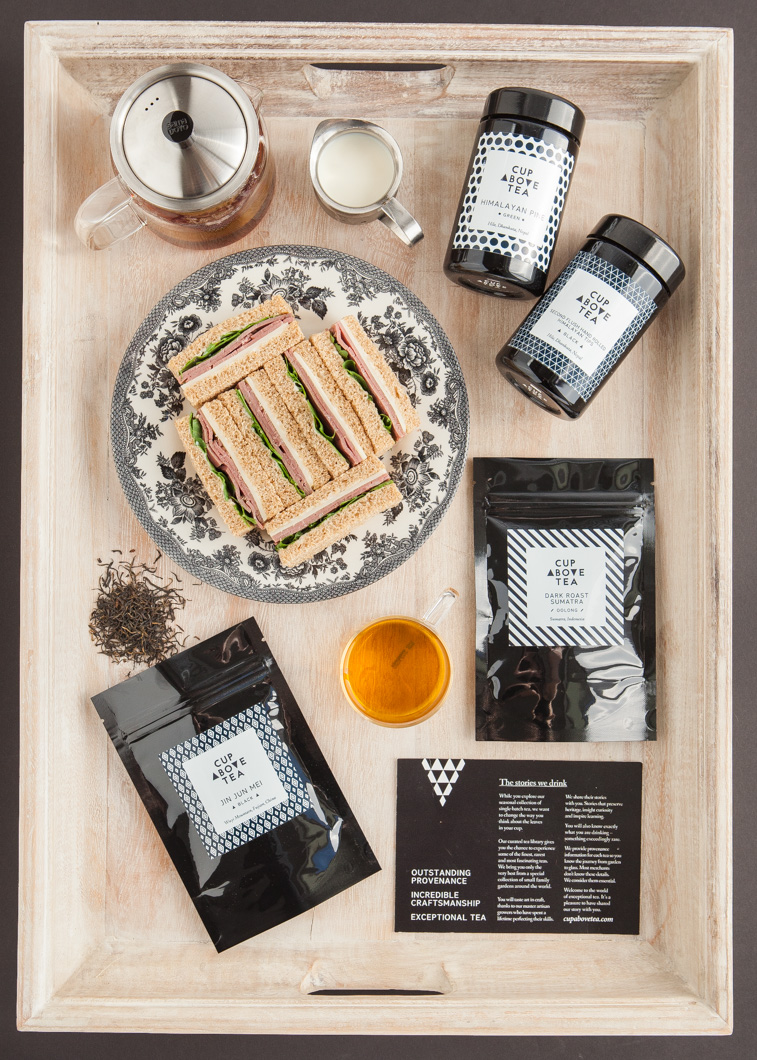 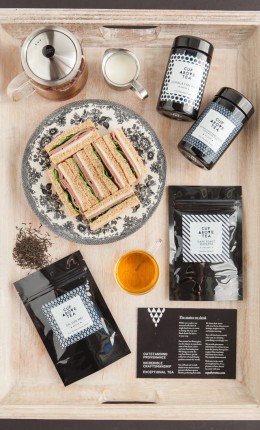 Today, it’s my pleasure to introduce Cup Above Tea to you, a tea company based out of Australia founded by Certified Tea Master, Alison Dillon. One of the first to earn this prestigious title in her country, Alison has transformed a simple passion for tea into her life’s work. Sometimes, less is more. There are no added... MORE >> 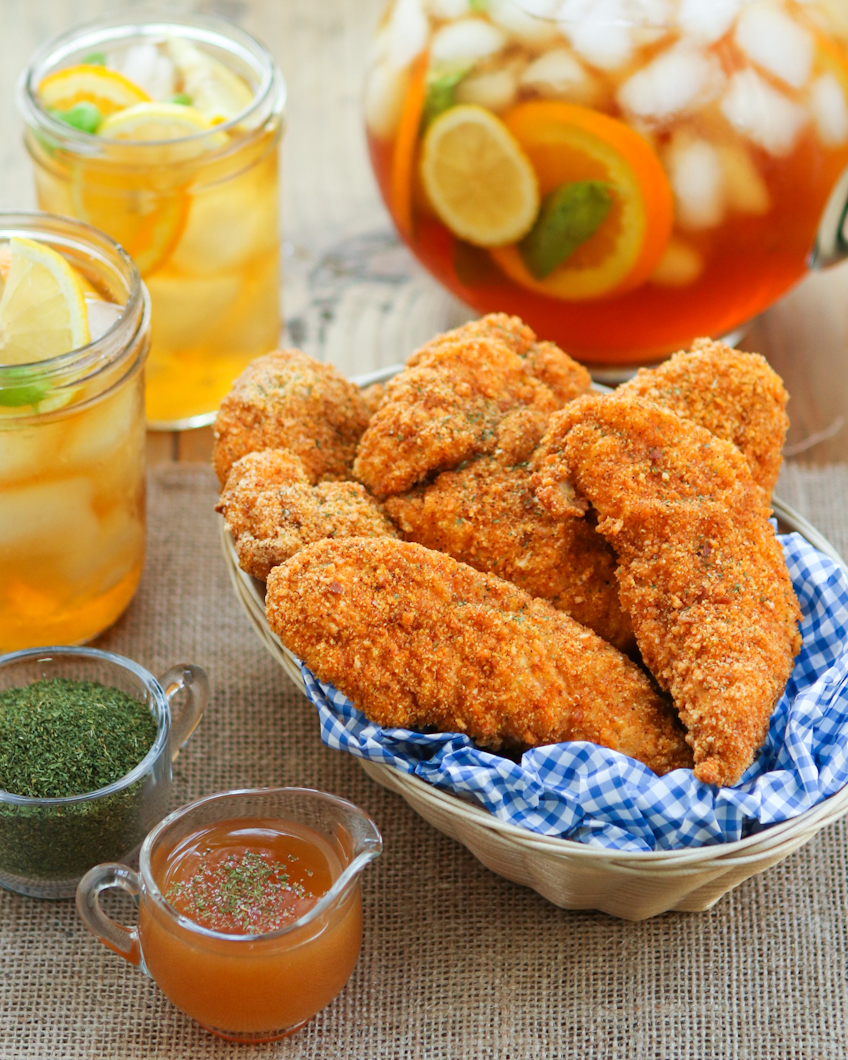 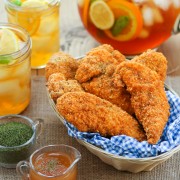 Many people find it surprising when I tell them... MORE >> 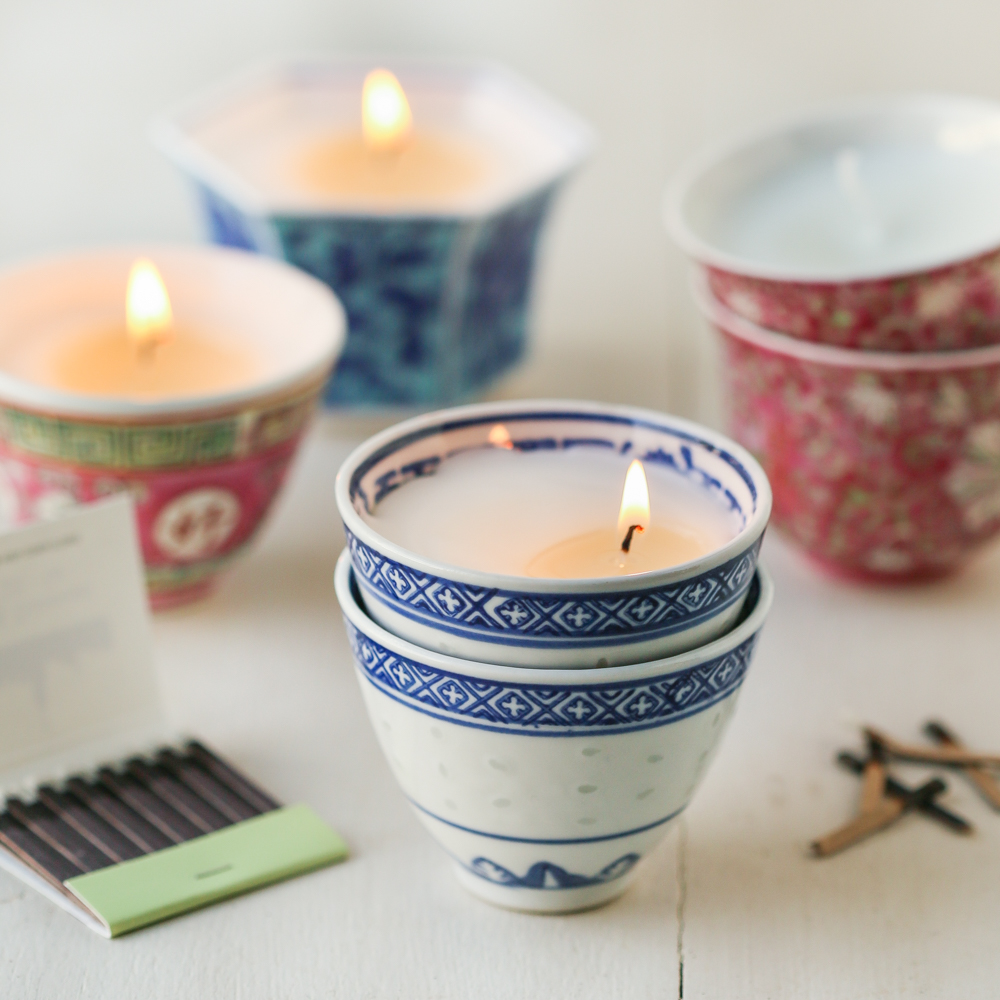 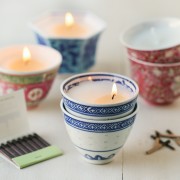 Candle season is officially here! With the days getting... MORE >>