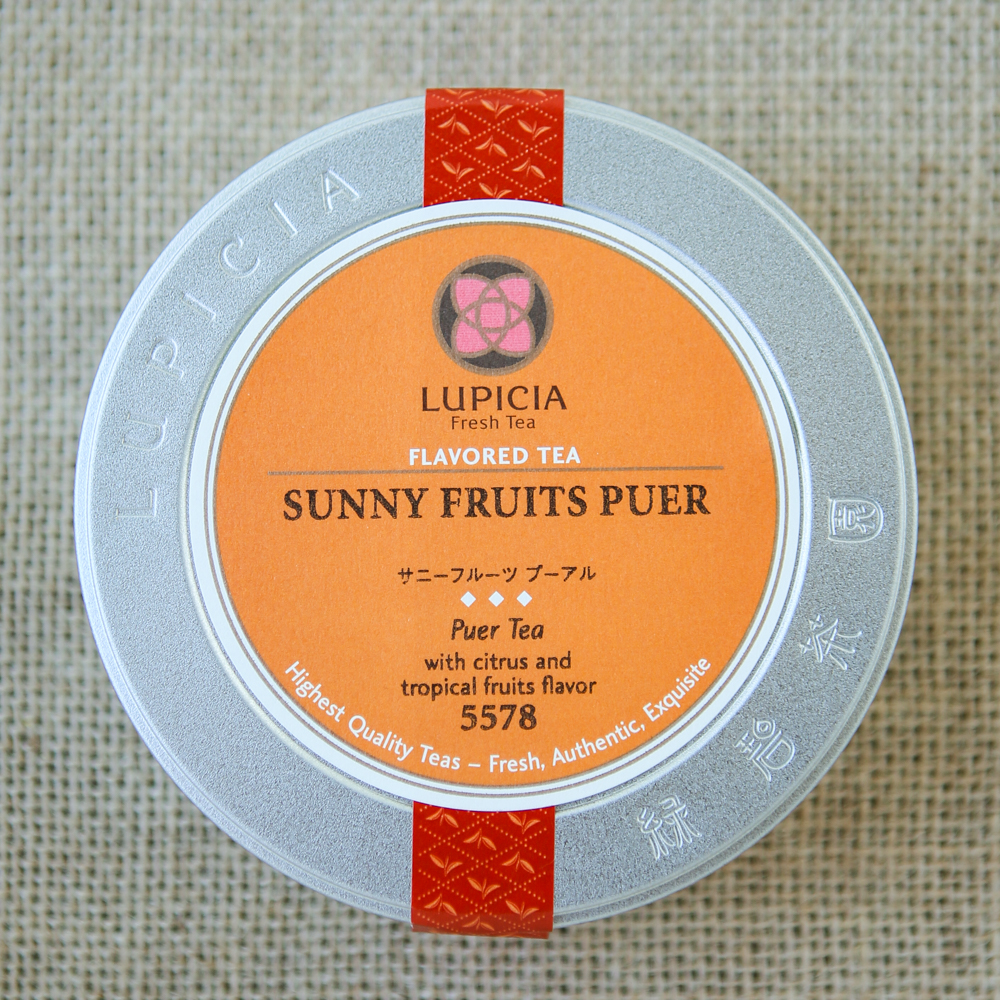 How often do you drink Puerh tea? I took a tea class a few years ago where many claimed to love tea, yet when the Puerh came around there was a less than enthusiastic response. Puerh can often be an acquired taste, one that some find off-putting because of its characteristically musty and earthy taste. 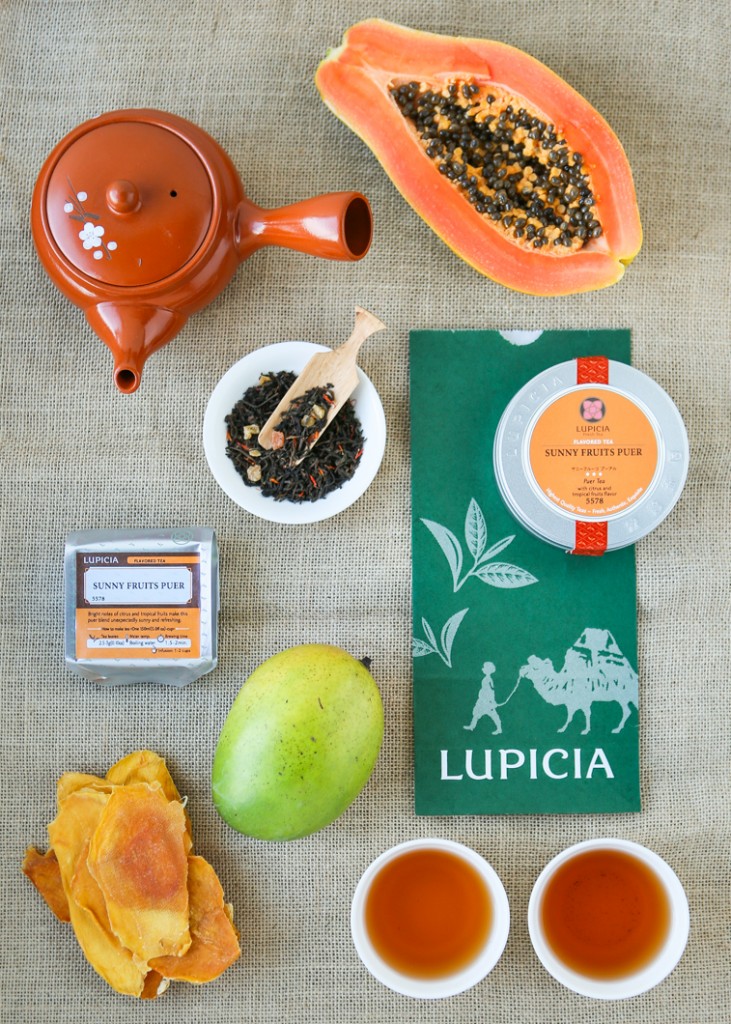 As a Cantonese gal, Puerh is the first tea that I ever enjoyed, specifically during weekends or holidays when my grandpa would take us out for dim sum. Puerh is as traditional as tea gets–it’s carefully fermented and aged so as to add complexity in taste without causing the tea leaves to actually mold. Lupicia’s Sunny Fruits Puer tapers this ancient sip into one that’s friendlier, more modern, and approachable. 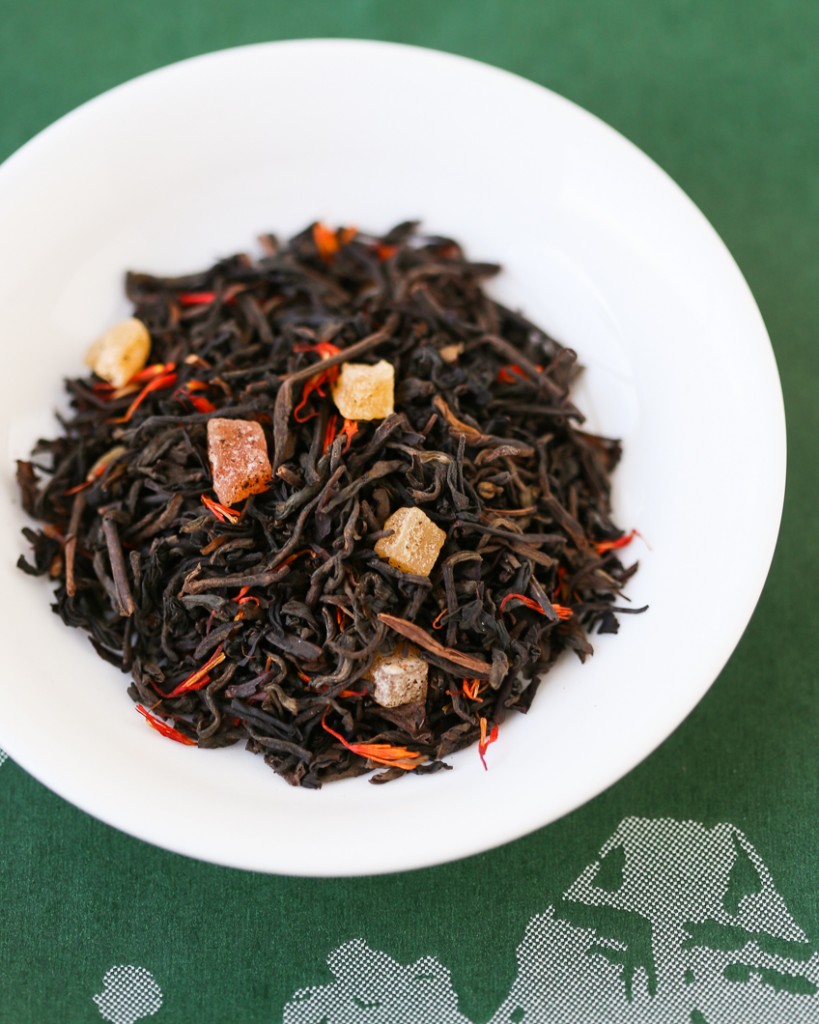 On my palette’s mustiness detector, this tea gets a 1 or 2 for mustiness on a scale of 1-10. Instead of having a completely Puerh base, Lupicia’s Sunny Fruits Puer blends Puerh together with black tea. I was first offered this brew by tea master, Emiko Doi, who uses this to taper non-Puerh tea drinkers onto purer Puerh teas. I like to think of this tea as a beginner’s Puerh, a steep to try when you don’t think you like Puerh but want stay open-minded. 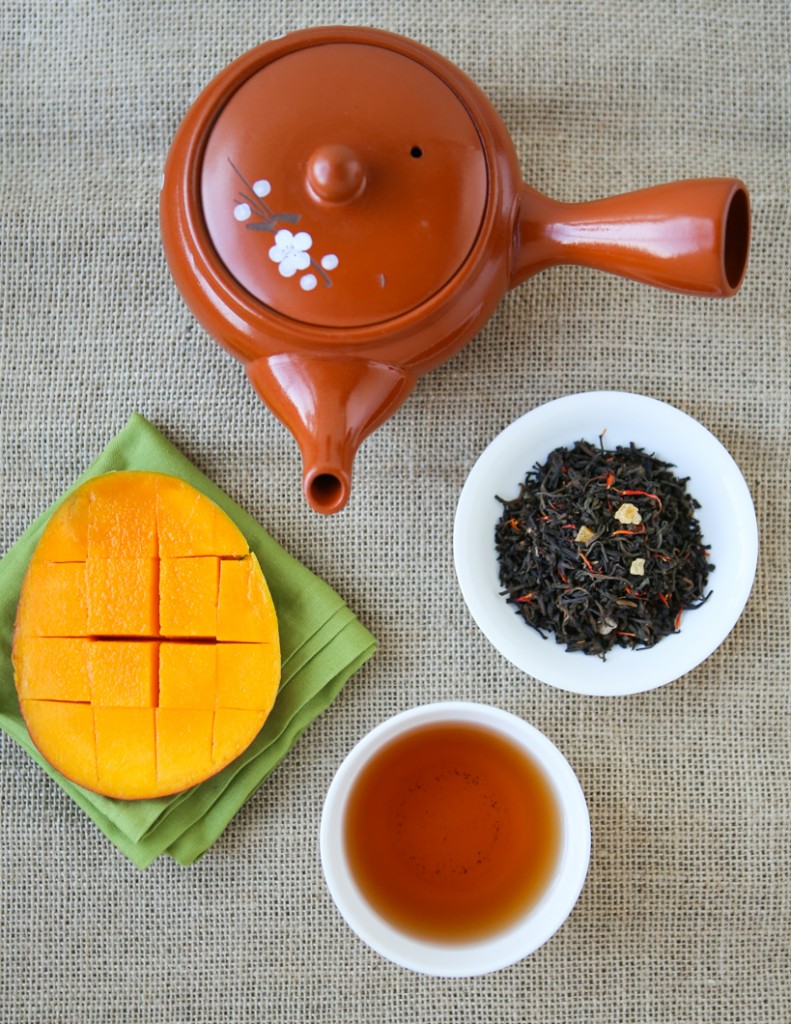 THE TEA:  A mix of Puerh and black tea with sweetened dried papaya, mango, and safflower mixed in. Flavorings have also been added.

THE SCENT:  Of ripe mangos and papayas with a hint of bright lemon or orange citrus. Slightly woody, with hits of mahogany and eucalyptus.

THE STEEP:  Brews to a brilliant, clear, sunny brown. The taste is tropically fruity and softly sweet, with a brown/raw sugar taste. There is a very slight suggestion of Puerh here–it almost tastes as if the blend is made up of black tea alone. The characteristic musty taste is detectable just at the very end of each sip. Although this tea is good served iced, I would suggest slurping this warm or hot if you want to fully appreciate its Puerh base.

GET IT:  At Lupicia’s website or at one of their stores in the Western US (including Honolulu), Asia (Japan, Taiwan, & Singapore), or Australia.

FOOD PAIRING:  This tea would be wonderful with festive summer meals including those with grilled meats (like kalbi or bulgogi), kebabs, or burgers. Meals that are savory with a hint of sweetness, like Hawaiian pizza, would be delicious with this tea. The rich yet rounded taste of the brew will stand up well to these heartier eats. 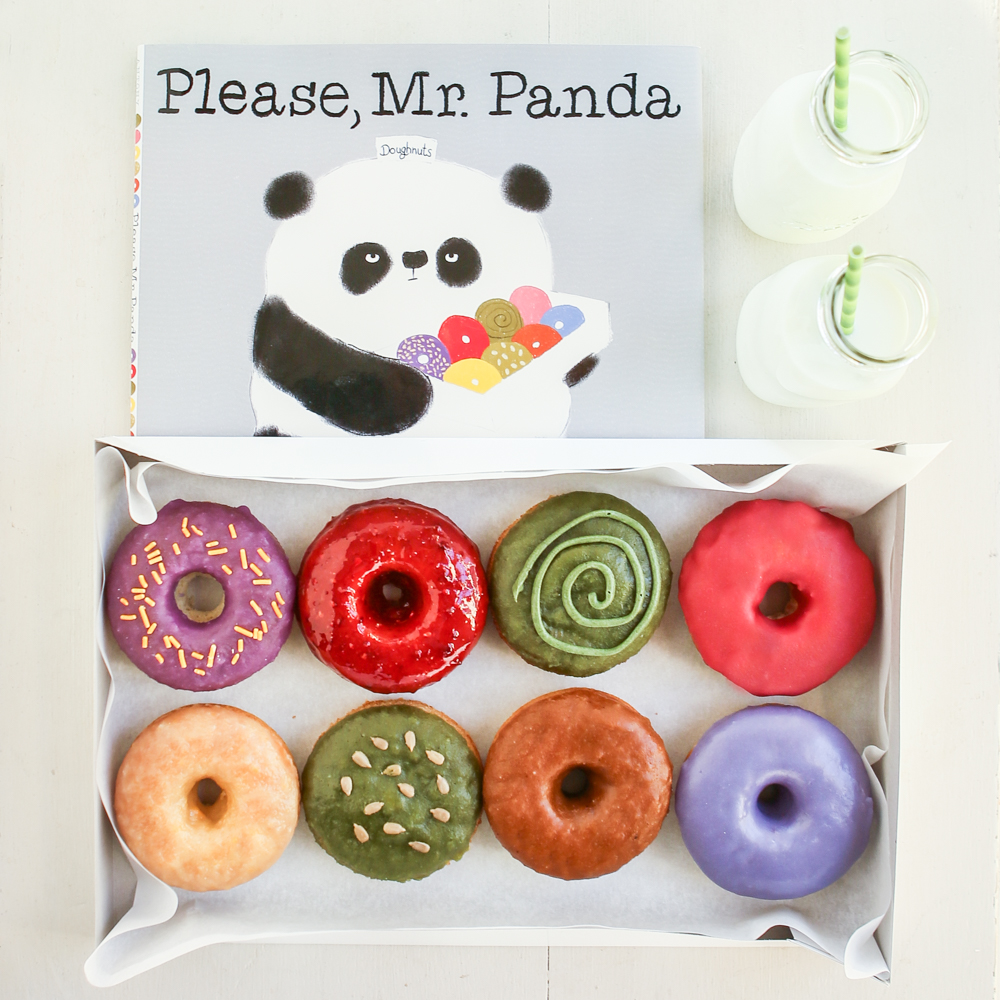 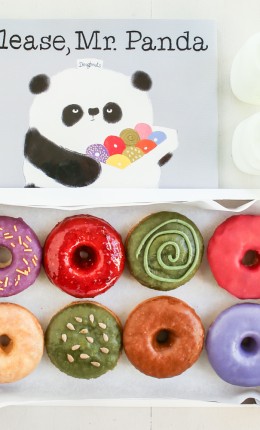 When’s the last time you picked up a children’s book? Last night? Last year? Several years ago? I’m an ardent follower of the blog, This Picture Book Life, where there’s always an intriguing read to discover. My friend Danielle covers picture books the way I cover tea, and today, we’re bringing our passions together with her review of Steve... MORE >> 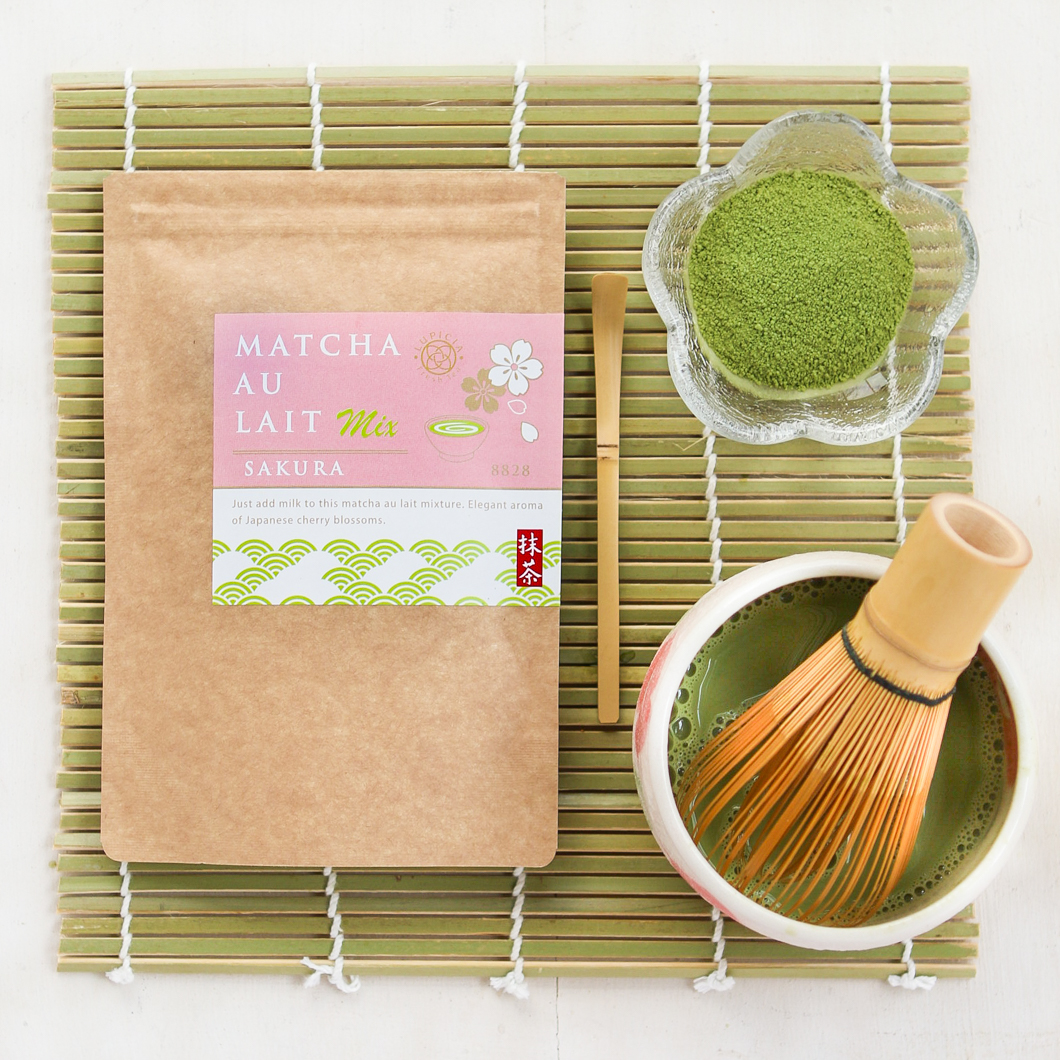 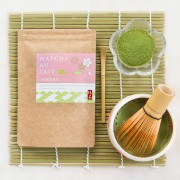 Tea of the Week: Lupicia’s

There’s something about being in the midst of winter... MORE >> 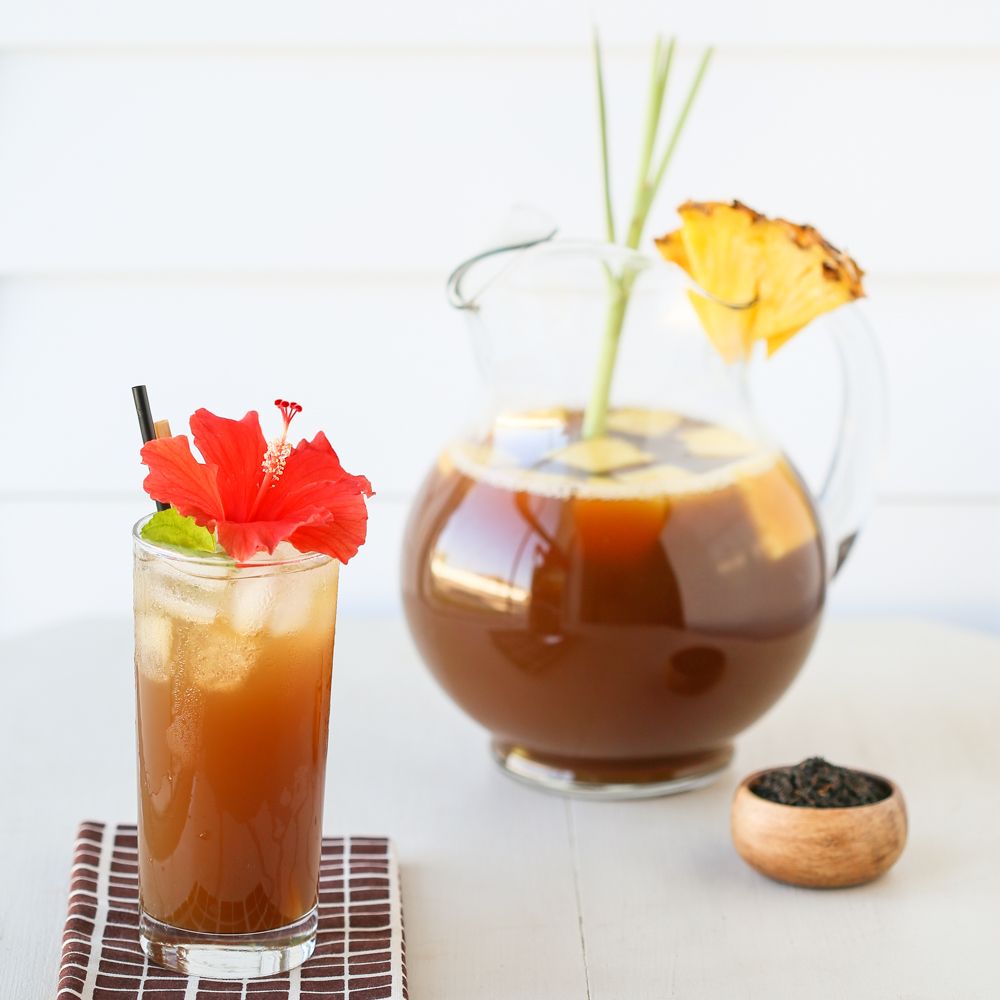 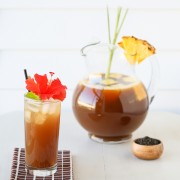 It happens every time I come home from The... MORE >>