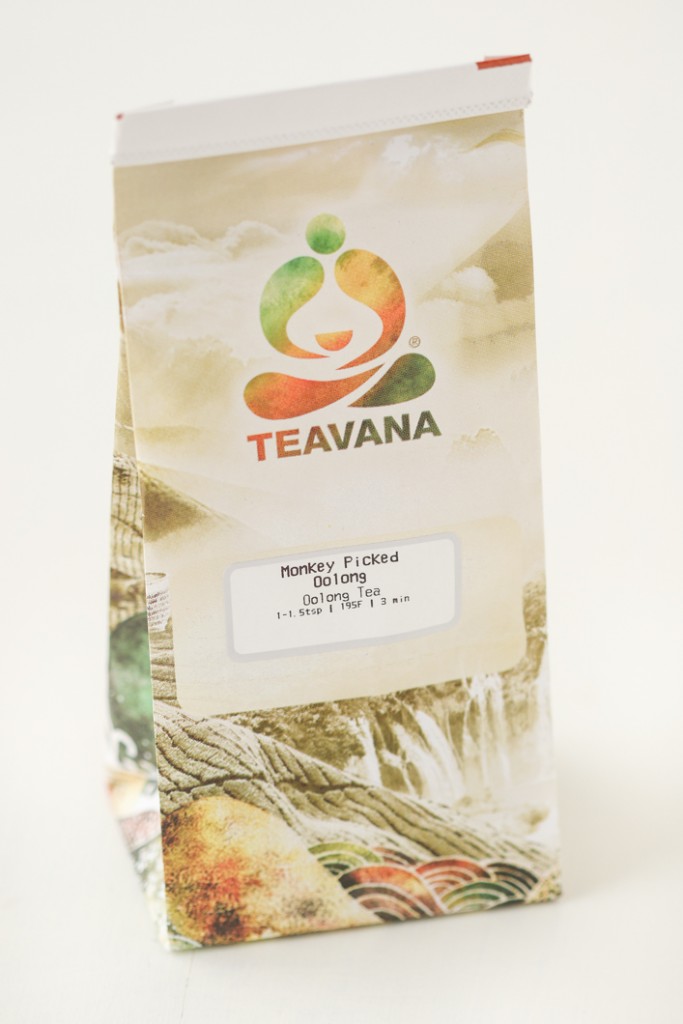 Happy New Year, tea friends! Did you know that 2016 is the Year of the Monkey?

I happen to be born in the year of the Monkey, and apparently this year isn’t predicted to be my best. That being said, I’m glad I rarely pay attention to Chinese Zodiac signs, because I’m definitely planning for this year to be better than last! 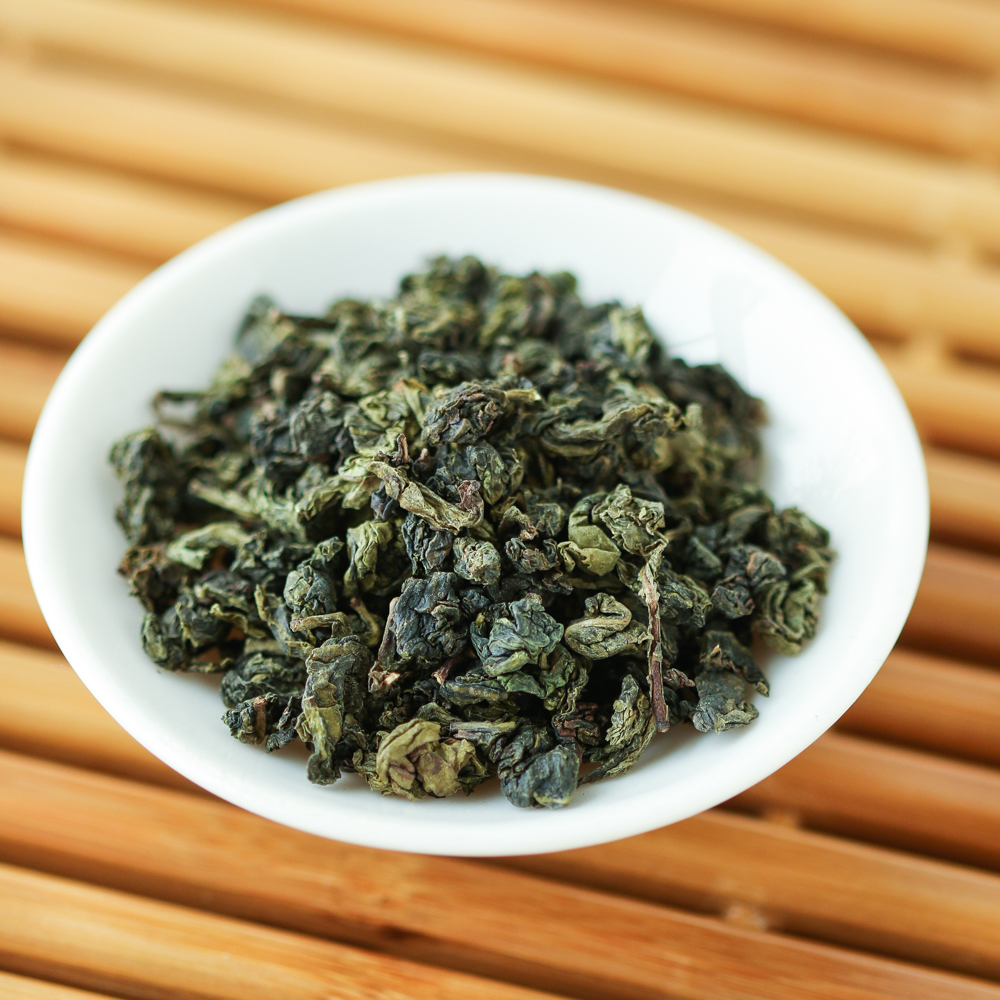 With all this talk of monkeys, I was thinking that we should kick things off with a Monkey Picked Oolong, also known as Ti Kuan Yin or Iron Goddess of Mercy. This time, the tea is from Teavana, America’s most accessible tea shop. Legend has it that in ancient times, Chinese Bhuddist monks trained monkeys to pick only the best leaves from wild tea trees. 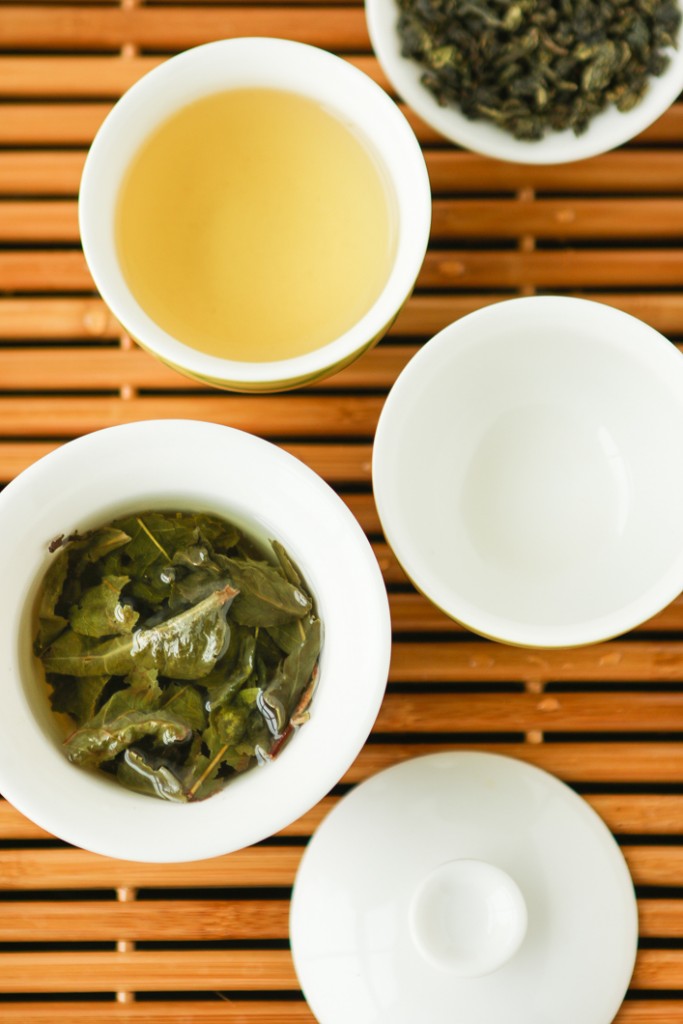 Nowadays, the name monkey picked is meant to indicate an oolong of the highest grade. As such, this isn’t the cheapest tea, so you’ll want to make sure to steep it correctly. My first steeping following the instructions on the package resulted in an astringent, overly robust brew–good if you like your tea stronger, but definitely on the harsh side. 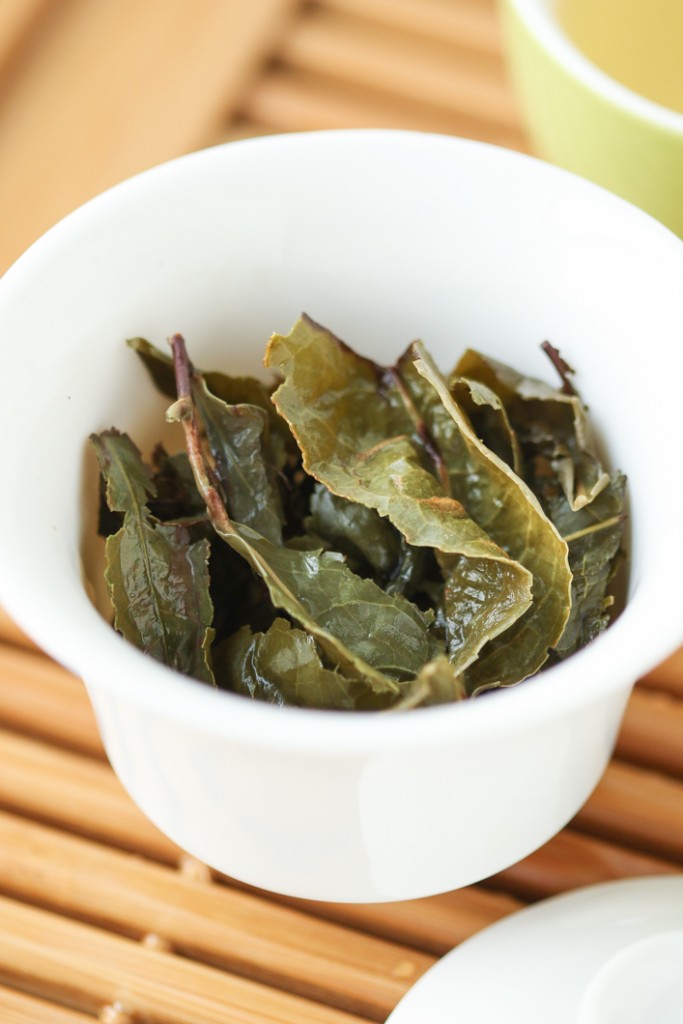 I had better luck steeping this at a lower temperature and in a lesser amount of time. This resulted in a softer, smoother brew with more pronounced orchid essence–a distinct characteristic of many good-quality Ti Kuan Yins. This tea is more vegetal than floral, wonderful if you’re craving a full-flavored oolong with some edge. 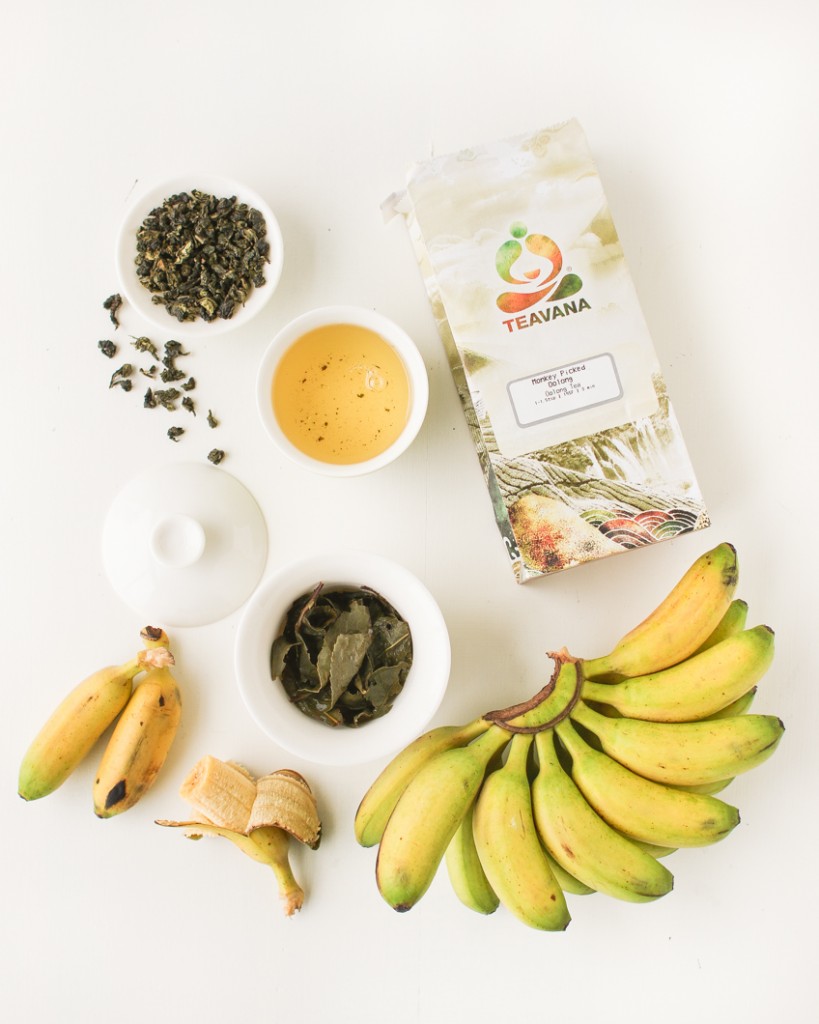 BREWING TIPS: Instead of Teavana’s suggested brew time of 195 degrees F, I brewed this at 180-185 F. And instead of 3 minutes, I would suggest a steeping time of 1-2 minutes. Ideally, brew this gong fu style in a gaiwan–this will give you more control and precision in bringing out the tea’s best flavors. Good for up to 3 steepings.

THE TEA: Twisted and crinkled leaves, loosely balled with many in a dragonfly-like shape. The leaves range from medium to dark green. In the unfurled, steeped leaf, you should see whole leaves with reddish-brown edges.

THE SCENT: A sweet, roasted scent like barley grains. Nutty and woody.

THE STEEP: The liquor is a golden honey-yellow, with medium body. Vegetal like collard greens. Grassy in taste with mild floral orchid notes. Lightly astringent on the finish.

GET IT:  At Teavana, online or in stores, and also on Amazon.

FOOD PAIRING: Well…Monkey Picked Oolong goes great with bananas, of course! Hah. Actually, this tea is delicious with savory or spicy foods. For this reason, you’ll often find this tea offered at dim sum. Monkey Picked Oolong is fantastic with my mother-in-law’s tried and true recipe for Chicken Curry Puffs. For those of you sticking to your New Year’s resolutions, the tea is also amazing with Baked Vegetable Egg Rolls, my healthier take on traditional egg rolls. 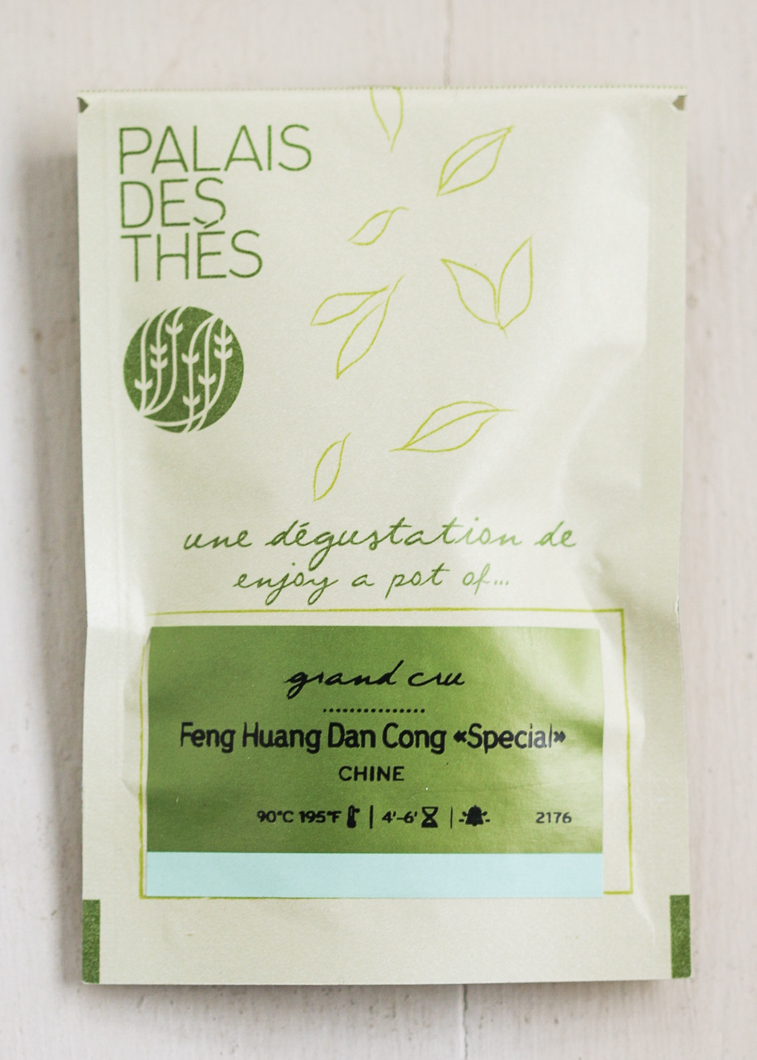 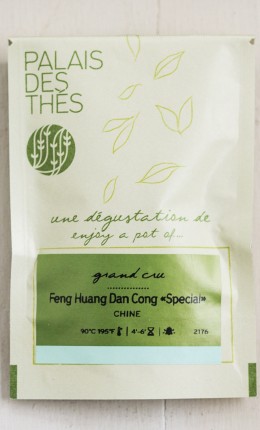 As this is my last Tea of the Week post for 2014, I thought I would save the best for last. Palais des Thés’ Feng Huang Dan Cong Special Oolong, also known as Special Phoenix Tea, is one the of the most exquisite teas in my current collection, as complex on the palette as it... MORE >> 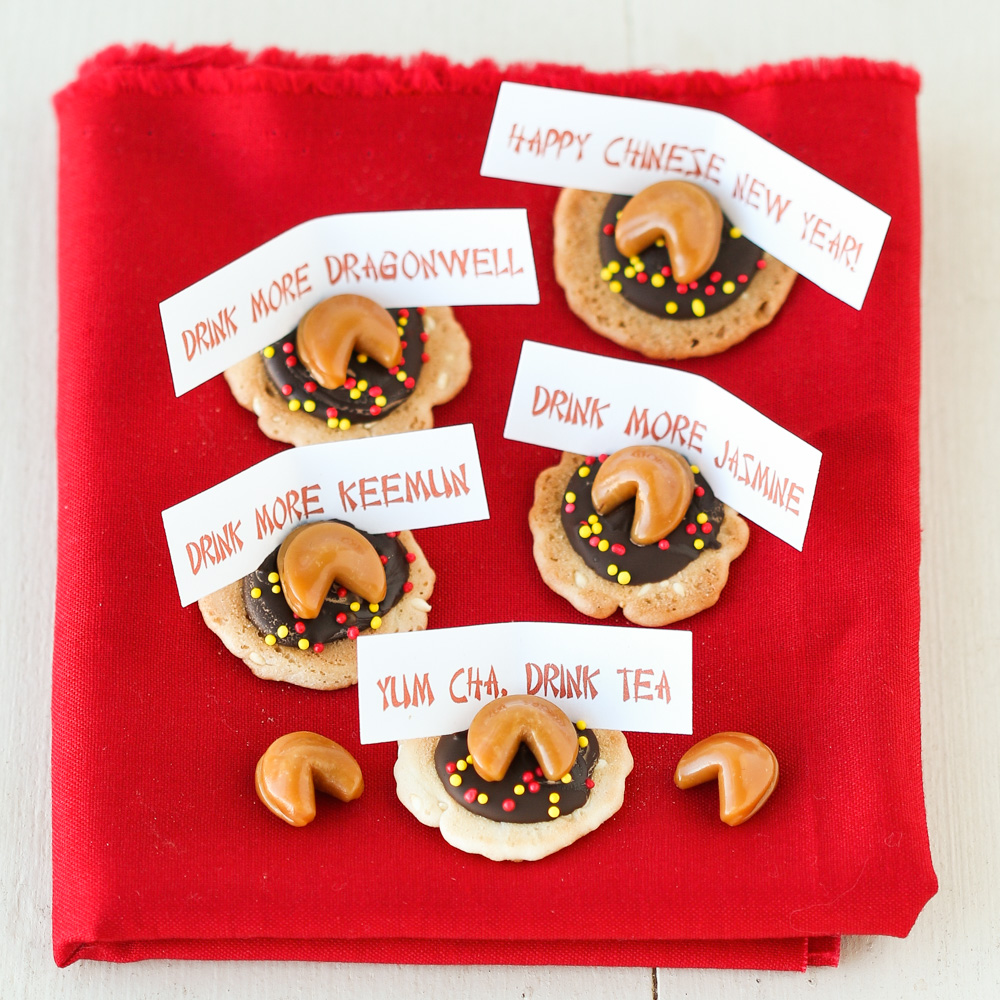 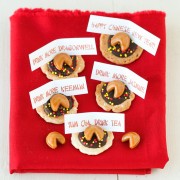 Even though fortune cookies are much more American than... MORE >> 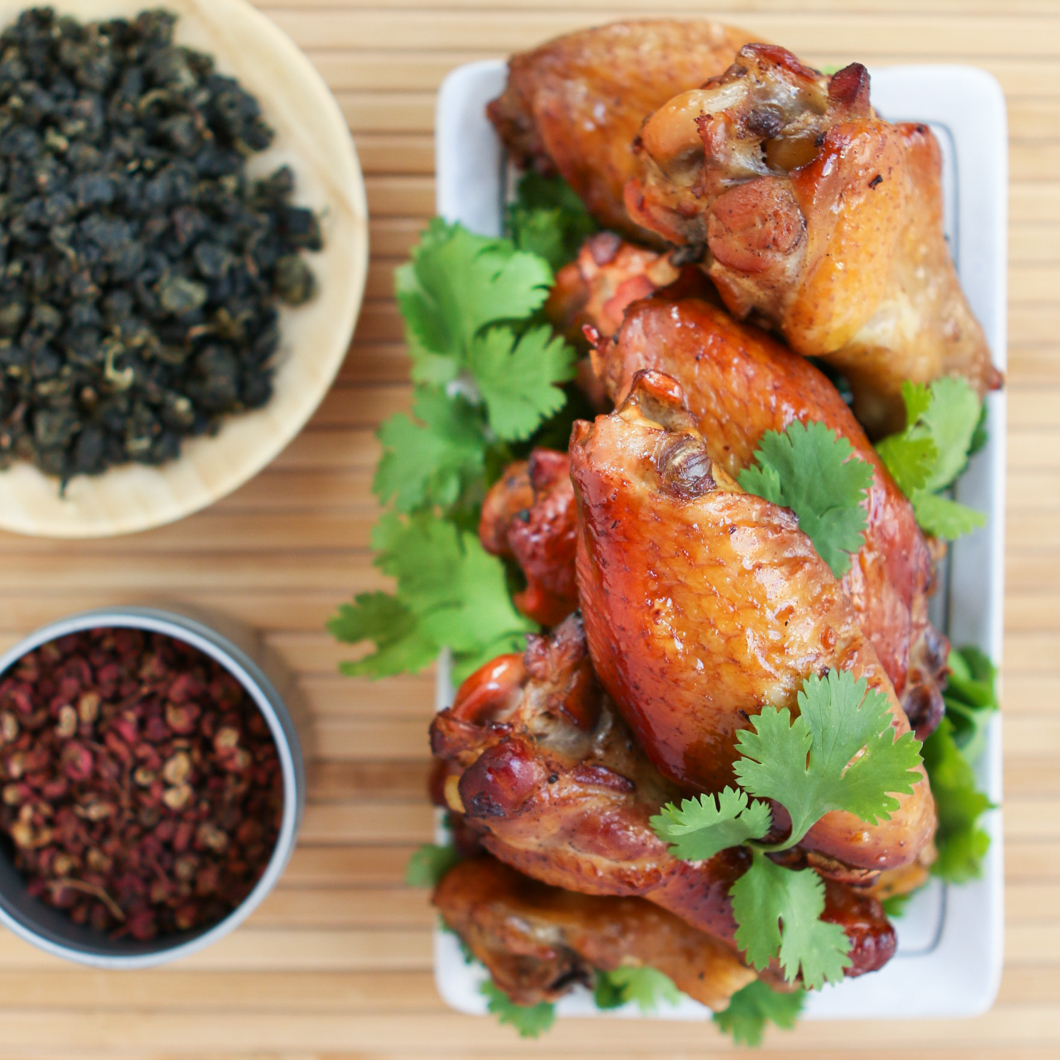 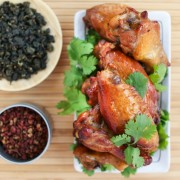 Grilling, baking, and frying are all common ways to... MORE >>